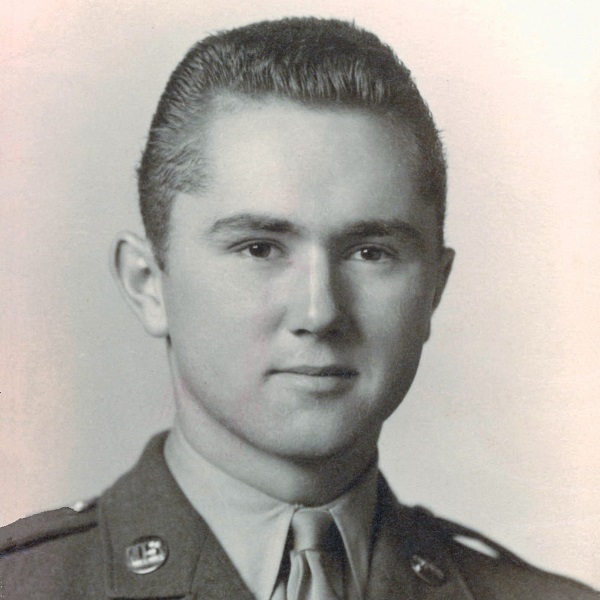 Charles R. Mortensen ’49, M.Eng. ’58, will receive the Legion of Honor, France’s highest award, in the rank of Chevalier, at a ceremony at the Residence of France in Beverly Hills, California, on Veterans Day, Nov. 11. Mortensen, 97, a Technical Sergeant in the U.S. Army, served in Europe during World War II, engaging in combat in France and Germany in the Rhineland and Central Europe Campaigns, and earning the EAME Campaign Medal with two battle stars, the Combat Infantryman Badge and the Good Conduct Medal.

Mortensen was born in Los Angeles in October 1924 and raised in the area, graduating from Van Nuys High School in 1942. He was drafted into the U.S. Army and entered active duty in May 1943. After basic training at Camp Roberts and advanced training in Kansas and Oklahoma, he arrived in Marseille, France, in December 1944, assigned to the 222nd Infantry Regiment of the 42nd Infantry Division as an Ammunition Squad Leader.

After being discharged at Fort Bliss, Texas, in April 1946, Mortensen returned to Los Angeles and attended UCLA under the G.I. Bill, receiving a bachelor of arts in 1949, and a master of education in 1958. He had a long teaching career in the Los Angeles Unified School District, retiring in 1985 as a Regional Director but continuing work in the school administration field and college teaching until fully retiring in 2007.

Mortensen and his wife of 75 years, Martha, reside in Thousand Oaks, California, and their extended family includes daughter Ann and son Charles, seven grandchildren and 23 great-grandchildren.