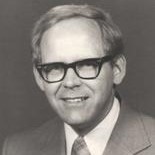 After graduating from UCLA with a B.A. in history, Olsen earned an M.A. in Asian studies at UC Berkeley (1970), a certificate in Japanese at Stanford University’s Inter-University Center in Tokyo (1969-70), and a Ph.D. in international studies at American University (1974). He was the author of ten books on Asian studies and US foreign policy and coeditor of four others.

From 1980 until his retirement in 2008, he taught in the Department of National Security Affairs at the Naval Postgraduate School in Monterey, California.