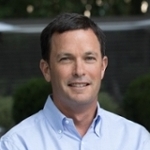 Jonathan "Jay" Sures '07 was appointed in January to the University of California Board of Regents by Jerry Brown in one of the former governor's last official acts.

Sures is co-president and one of the three managing directors who run and oversee all aspects of leading global entertainment company, United Talent Agency (UTA). Sures oversees the agency’s television, news broadcasting, and speakers divisions.

Sures formerly served as Vice Chairman of the UCLA Comprehensive Cancer Center Foundation and was awarded with their Humanitarian of the Year Award in 2007. He has also served as an Assistant Visiting Professor in the Department of Film, Television and Digital Media at UCLA.