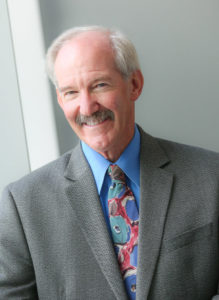 The University of North Texas Health Science Center at Fort Worth recently named Lawrence Jay Cohen '75, Pharm.D., a Distinguished Professor at the university. He is only the second HSC professor to receive this designation.

As a retired professor of pharmacotherapy in the HSC College of Pharmacy, Dr. Cohen was recognized for his significant contributions to the university’s mission and national and international prominence in the pharmacy profession.

With more than 40 years of service in pharmacy, medical, nursing education and psychiatric pharmacy practice, Dr. Cohen’s impact has been far-reaching. In addition to a distinguished academic career, including appointments at six universities, he also served as a consultant for numerous pharmaceutical companies, statewide agencies and national managed-care organizations.

A UCLA Alumni Association gold member, Cohen earned his bachelor's degree in biology and his doctor of pharmacy degree at the University of Southern California School of Pharmacy. He completed a postdoctoral residency in psychiatric pharmacy at the L.A. County/USC Medical Center.