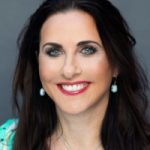 The film "Period. End of Sentence," produced by Melissa Berton '89 along with Lisa Taback and Garrett Schiff, won the Oscar for best documentary short subject at the 91st Academy Awards ceremony on Feb. 24.

Berton, who earned her B.A. from the School of Theater, Film and Television, majoring in theater, is an English teacher at Oakwood Secondary School in North Hollywood. Her students played a major role in initiating the project; read more in the Daily Bruin article.