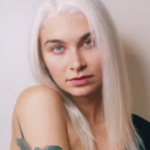 American Repertory Theater (A.R.T.) at Harvard University announced that Rey Jarrell ’19 has joined the theater’s board of advisors. Jarrell is one of five new advisors to join the board during the 2020/21 season.

Jarrell, who uses the pronouns “they” and “them,” is a self-taught software artist and interactive media developer. They received their B.A. in theatre and also worked as a staff researcher and lead developer at the UCLA Center for Research in Engineering, Media, and Performance (REMAP). With training in martial arts, aerial acrobatics and equestrian ongoing, Jarrell’s work tends to focus on human/computer interaction as it manifests in physical manipulation and psychological change. They use tools like Touchdesigner and the Unreal Engine to create interactive art with code. Over the years this has manifested in such projects as an interactive LED wall installation at LA pride, AR-based and augmented-human-based theater performances, and a generative music video for their original song.

Jarrell is currently living in Los Angeles, Calif., as the Virtual Production Technician at Reel FX Animation Studios. They also host an educational page on TikTok and YouTube to discuss coding, cybersecurity and art, with a following of over 1.1 million. An individual driven principally by the heady pursuit of the future, Jarrell is profoundly honored to be joining the board of advisors at the A.R.T., whose innovative performances have inspired them from the age of nine when they were first taken to a show.