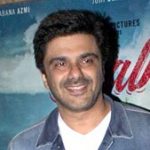 Samir Soni ’90, an actor, director, writer and producer active in Bollywood cinema and Indian TV for over 25 years, is the author of a new book, “My Experiments with Silence: Diary of an Introvert,” on the topic of mental health and self-discovery.

He was a popular contestant on the famous reality show “Big Boss 4,” hosted by Salman Khan, and shared the screen space with Pamela Anderson during her cameo appearance in Season 4.

He has appeared and continues to appear in countless national TV and print commercials for prestigious brands and has been voted “Sexiest man in India” twice.

Samir can be seen on Stage in Mumbai with Mandira Bedi in “Anything But Love.” He trained theatrically under Barry John and has done several acting workshops in New York and L.A. during his stint on Wall Street.

Samir has also written and directed a movie, “My Birthday Song,” India’s first psychological thriller, for the international audience; it is currently available on Netflix and has been seen and enjoyed by the global audience.

Soni’s new book is available on Amazon.com in hardcopy and for Kindle.