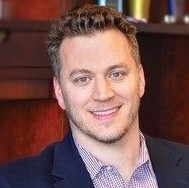 Steve Chapman ’02 became CEO of genetic testing company Natera in January 2019 and has guided the company to a stock valuation of $10.3 billion, nearly quadruple its value when he took the helm. Year-over-year revenue growth has exceeded 40% and consistently outperformed earnings expectations.

In addition to being the global leader in prenatal testing, Natera’s Signatera test is transforming cancer care while its Prospera test helps transplant patients get more life from their “new” organs.

Chapman joined Natera in 2010 as VP of Sales, rose to Chief Commercial Officer, then Chief Operating Officer. As COO, he led the company’s commercial entry into the highly competitive, non-invasive prenatal testing market. The company’s Panorama® test became the leader despite being fourth to market.

Before joining Natera, Chapman worked at Genzyme Genetics, where he was credited with delivering record-breaking commercial growth and strategies that changed pregnancy genetic testing.

Chapman graduated UCLA with honors, earning a B.S. in microbiology, immunology and molecular Genetics. His first job was human genetics research at UCLA with a focus on multiple sclerosis.

For an overview of Natera, view Chapman’s appearance on CNBC. For a sense of how the company’s cancer test is impacting people, see these stories from Iowa and New Jersey.

Chapman is married and has four children.