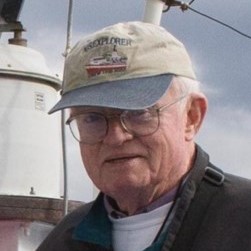 Johnston was born on Sept. 28, 1932, in West Los Angeles. He graduated from University High School and UCLA, where he majored in political science, played basketball under coach John Wooden, was a member of Phi Delta Theta, and, in his senior year, was the Cadet Commandant of the Army ROTC. After graduation, he spent two years at Fort Benning in Georgia, where he completed the Basic Infantry Officer Course, qualified as a parachutist and jump master, was a weapons instructor in the Infantry School, and coached the Infantry Center basketball team.

He graduated from the University of California, Hastings College of the Law in 1960, and served as Deputy Attorney General, State of California, and Deputy City Attorney, City of Los Angeles, before entering private practice in 1963, retiring in 1992.

In 1988, he began what became a second career at Lannan Foundation, a family foundation dedicated to cultural freedom, diversity, and creativity.

In 1994, Johnston was instrumental in founding Lannan’s Indigenous Communities Program to support the urgent needs of rural Native American communities, funding projects that are consistent with traditional values in the areas of education, Native cultures, the revival and preservation of languages, legal rights, and environmental protection. With help provided by this program, Native people have acquired more than 7,000 acres of land for the preservation of traditional ceremonial grounds, as well as for cultural and ecological conservation projects, an accomplishment that was especially close to Johnston’s heart.

He is survived by his daughters Allyn Johnston and Sharon Johnston-Lee, his sons-in-law David Johnston and Mark Lee, his grandchildren Eamon Johnston and Lilly Lee, and his sister, Vivian Black. His wife of 52 years, Pamela Pearson Johnston, died on March 23, 2010.