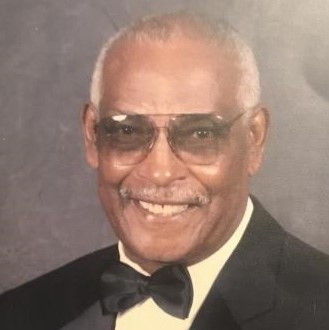 Born in Monroe, La., on June 16, 1935, to John R. King and Jessie Lee Wilson, he received his B.S. in mechanical engineering from UC Berkeley, before earning his graduate degrees in engineering at UCLA. A nationally recognized expert in the field of fluid mechanics, King’s career spanned over 40 years in aerospace engineering. He worked at Rockwell International (Rocketdyne Division), Aerospace Corporation in El Segundo and the Rand Corporation in Santa Monica, and was an Associate Fellow of the American Institute of Aeronautics and Astronautics.

King was a member of Holman United Methodist Church, a lifetime and active member of Kappa Alpha Psi Fraternity (Gamma Alpha 1955) and a member of Sigma Xi, the scientific research honor society.

Bill King met Velma D. Mc Gowan while both were students at UC Berkeley. They were married on Oct. 12, 1958 and had two children, William Douglas and Vanessa Suzanne. King was extremely happy to have become a grandfather to Lucia Vanessa and Suzanne Kristine, daughters of William and his wife, Alejandra.

Diagnosed with laryngeal cancer in 2019, King underwent had a total laryngectomy in 2019. He continued to fight and enjoy his life the best as he could until his laryngeal cancer reoccurred. He passed at home with his wife, son and daughter-in-law by his side.

His online obituary conveys the mutual love and respect that existed between King and those whose lives he touched. “Bill will be missed by many family and friends. He was special and he was a good man. His love for us and our love for him will remain in our hearts forever.”