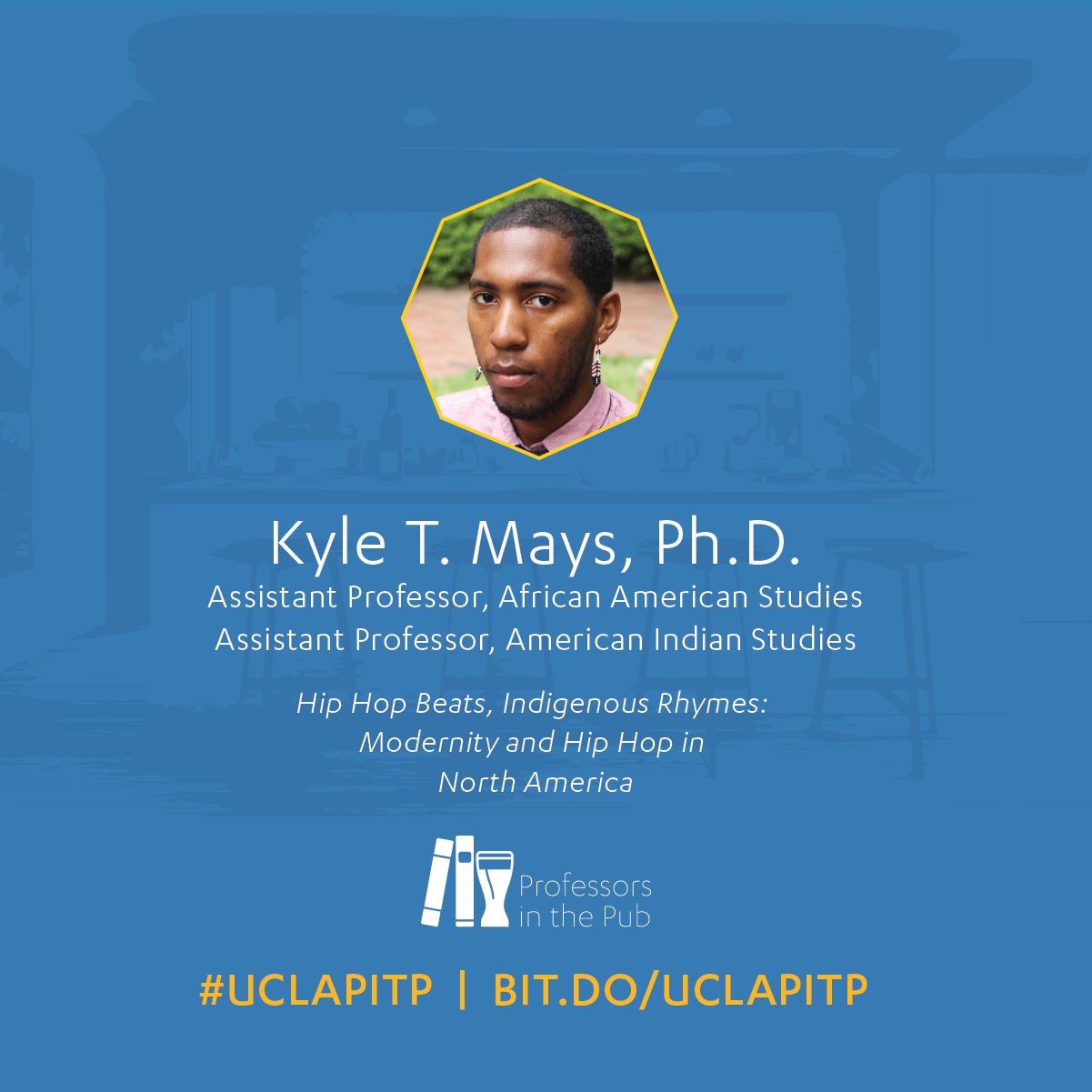 Diversity Programs brings you a series of one-hour, guided lecture style discussions and performances with distinguished professors on culturally varied subjects. Join us for happy hour during office hours with Dr. Kyle Mays this January as we partner with both the UCLA Alumni Bay Cities Network and the UCLA Mixed Alumni Association to bring you this special event.

Dr. Kyle Mays is an Assistant Professor at UCLA for both African American Studies and American Indian Studies. He is (Black/Saginaw Anishinaabe) is a transdisciplinary scholar and public intellectual of urban history, Indigenous Studies, Afro-Indigenous Studies, and popular culture.

He earned his Ph.D. in the Department of History at the University of Illinois, Urbana-Champaign in 2015 and recently published his first book, Hip Hop Beats, Indigenous Rhymes: Modernity and Hip Hop in Indigenous North America(SUNY Press, 2018). He is finishing his second book titled, The Indigenous Motor City: Indigenous People and the Making of Modern Detroit (under contract with the University of Washington Press). He is also working on a new book project tentatively titled, Black Belonging, Indigenous Sovereignty: Black American and Indigenous Histories in Unexpected Places This book explores the relationship between Black Americans and Indigenous peoples, moving from the foundations of the United States until the present. Dr. Mays writes regularly for public venues, including Indian Country Today Media Network, Native Appropriations, Decolonization: Indigeneity, Education and Society, and The Native Ninety Percent.

UCLA is a multifaceted, vibrant and dynamic community. Diversity Programs in UCLA Alumni Affairs offers multiple ways to connect students and alumni to one another through our signature programming that supports and connects alumni through culturally relevant topics and interests.These events and programs are not possible without the support of Gold, Life and Blue members of the UCLA Alumni Association. Please consider upgrading your membership to sustain these programs.