Diversity Programs
RSVP Now
Your support helps us strengthen the Bruin community.
Give Now
See all of our Bruin happenings on The Events Calendar.

Join the UCLA Latino Alumni Association as they host a career panel featuring alumni currently working in civic engagement and social justice fields. To learn more about each of the panelists please see below: 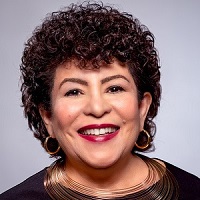 Dr. Rios also serves on the National Hispanic Leadership Agenda Boards of Directors, Centene Health Policy Advisory Committee, Centene Health Equity Committee, Office of Research on Women’s Health Advisory Committee, NIH, US Department of Health and Human Services, and the VA National Academic Affiliations Council. Dr. Rios has lectured, published articles and has received several leadership awards, including awards from the U.S. Department of Health and Human Services, the Congressional Black, Hispanic, Asian and Native American Caucuses, American Public Health Association Latino Caucus, Association of Hispanic Health Executives, Minority Health Month, Inc., Hispanic Magazine, Latino Leaders Maestro and Top Latina 100, Verizon’s First Pollin Community Service, and Amerigroup and National Diversity Council Top Healthcare Leaders. Dr. Rios was appointed to the Minority Alumni Hall of Fame of Stanford University in October, 2006, as a Fellow of the New York Academy of Medicine in 2007, the Institute of Medicine Global Forum for Health Professions Education in 2014, as a Fellow of the American College of Physicians in 2016, and as a member of the Society of Medical Administrators in 2017.

Prior to her current positions, Dr. Rios served as the Advisor for Regional and Minority Women’s Health
for the U.S. Department of Health and Human Services Office on Women’s Health from November 1994
to October 1998. In 1998-2004, Dr. Rios served as Executive Director, Hispanic Serving Health Professions Schools. In 1993, Dr. Rios was appointed to the National Health Care Reform Task Force as
Coordinator of Outreach Groups for the White House. From 1992-94, Dr. Rios worked for the State of
California Office of Statewide Health Planning and Development as a policy researcher.

Dr. Rios earned her BA in Human Biology/Public Administration at Stanford University in 1977, MSPH
at the UCLA School of Public Health in 1980, MD at the UCLA School of Medicine in 1987, and completed her Internal Medicine residency at the Santa Clara Valley Medical Center in San Jose and the
White Memorial Medical Center in East Los Angeles in 1990, and her NRSA Primary Care Research
Fellowship at UCLA Division of General Internal Medicine in 1992. 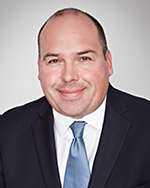 Steve Veres grew up in Los Angeles as the son of immigrant working class parents. He was a student activist at UCLA, and he later worked as a public school teacher, college instructor, and as a news editor for the San Fernando Sun Newspaper. Steve served as both a Councilmember and Mayor in the City of San Fernando, where he successfully helped lead the economic, cultural and environmental renaissance of the city.

Steve currently serves as the President of the Los Angeles Community College District (LACCD) Board of Trustees. At LACCD, Steve was the lead sponsor of the Districts award-winning Clean Energy and Sustainability Program, and he has presided over nearly $4 billion in facility improvements, including the physical transformations of Los Angeles Mission and Los Angeles Valley Colleges. Steve also led efforts to expand job training programs and improve graduation and transfer rates throughout the district.

Steve is the Vice Chair of the Santa Monica Mountains Conservancy and serves as a volunteer board member for the Friends of the Los Angeles River community non-profit. He is also the Los Angeles Metro representative to the Mobile Source Air Pollution Reduction Review Committee.

Steve lives in the San Fernando Valley with his wife, Cynthia, and their three daughters.