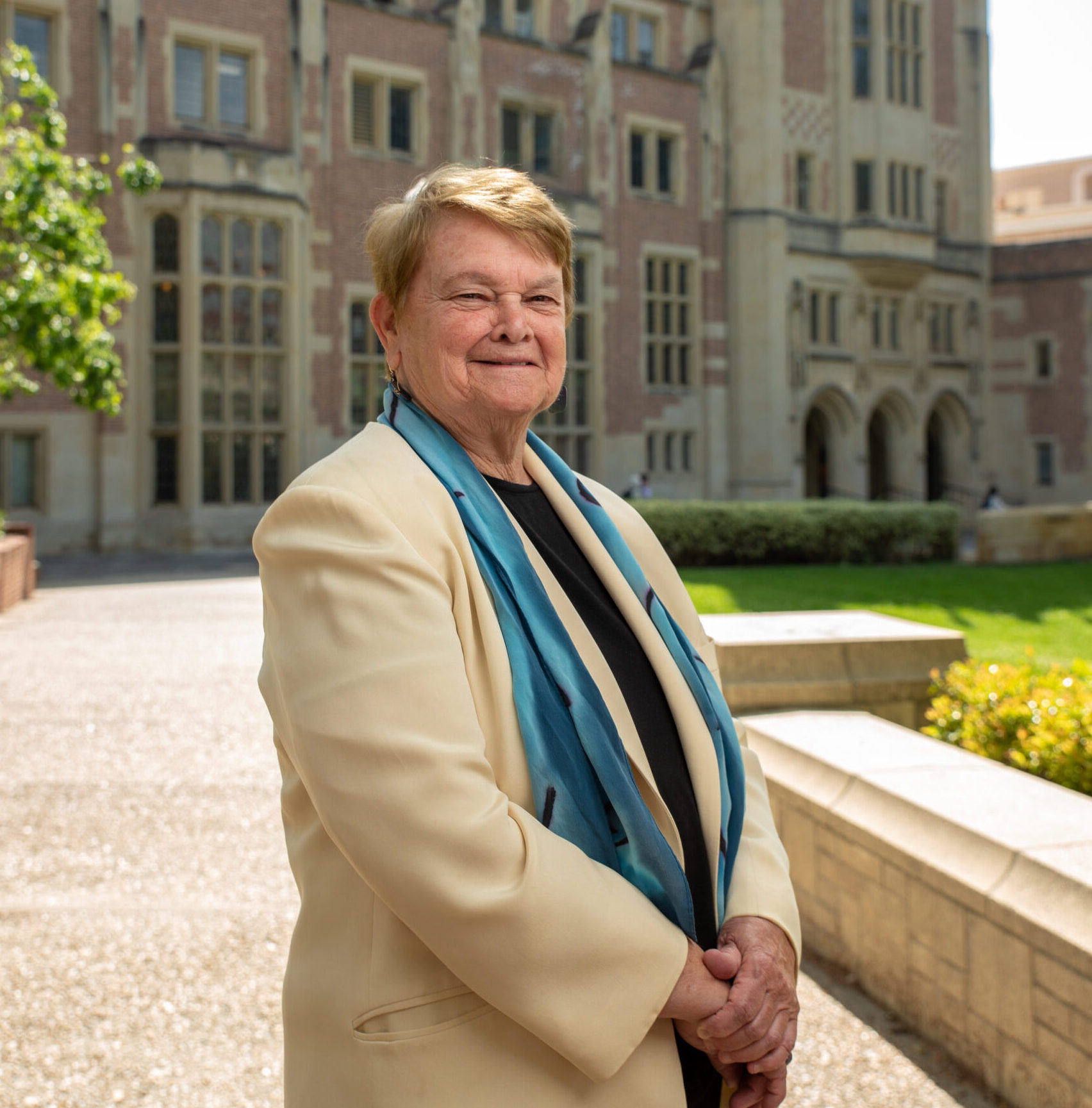 In celebration of her distinguished career in public service and her dedication to improving the lives of Los Angeles County residents, Sheila Kuehl ’62 is UCLA’s distinguished Edward A. Dickson Alum of the Year. As an elected official, Kuehl has been a trailblazer in California politics and a voice for innovative legislation to protect vulnerable populations.

Throughout her illustrious career in public service, Supervisor Kuehl has championed the safety and security of Californians. She currently is serving her second term representing the nearly two million residents of the L.A. County Board of Supervisors’ Third District, where her achievements include raising the minimum wage and increasing much-needed funding for people experiencing homelessness in the County.

In her youth, Kuehl was known for her portrayal of the irrepressible Zelda Gilroy in the television series, “The Many Loves of Dobie Gillis.” In the show’s final season, she also earned her bachelor’s degree in English from UCLA. As a Bruin, she had volunteered at UniCamp, where she first saw the powerful promise of college for disadvantaged young people. After graduation, Kuehl joined UCLA as associate dean of students. She left Southern California for Harvard Law School where she was elected class marshal and class president of the student council. She was the second woman to win Harvard's prestigious Moot Court Competition.

Kuehl fought discrimination for women and girls as co-founder and managing attorney for the California Women’s Law Center. She taught law at UCLA, USC and Loyola Law School and was a regents’ professor in public policy at the UCLA Luskin School of Public Affairs where she was honored with the Ruth Roemer Social Justice Leadership Award for her efforts to reduce homelessness. She is also the founding director of the Public Policy Institute at Santa Monica College.

When her term as Supervisor ends this year, Kuehl will retire after three decades in public service, advancing civil rights for the residents of Los Angeles County. Altogether, she has authored 171 bills that were signed into law, including paid family leave, protection against discrimination on the basis of gender and disability, safe schools for LGBTQ students, environmental protections for the Santa Monica Mountains wilderness area and for clean drinking water. Throughout the pandemic, she has been a relentless advocate for safety and mitigation measures to protect the lives of all Angelenos.

The Supervisor has been the recipient of countless accolades for her work including the 1993 UCLA Award for Community Service and the 2000 UCLA Award for Public Service. In 2022, UCLA honors Sheila Kuehl once again with the highest tribute given to alumni ─ for her leadership as a defender and advocate for the people of California, for the voiceless and marginalized, and for a better Los Angeles.