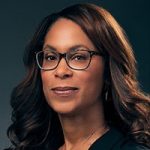 Channing Dungey '91 has joined the Children’s Institute's Board of Trustees.

Before joining Netflix in March as Vice President of Original Series, Dungey had served as President of ABC Entertainment and previously held positions at 20th Century Fox and Warner Bros. She is a founding and current member of Step Up, a nonprofit dedicated to helping girls living in under-resourced communities fulfill their educational potential.

Dungey earned her B.A. in motion picture/television from the School of Theater, Film and Television, where she serves on the school’s executive board.