Submitted By - Joan B. Stanford 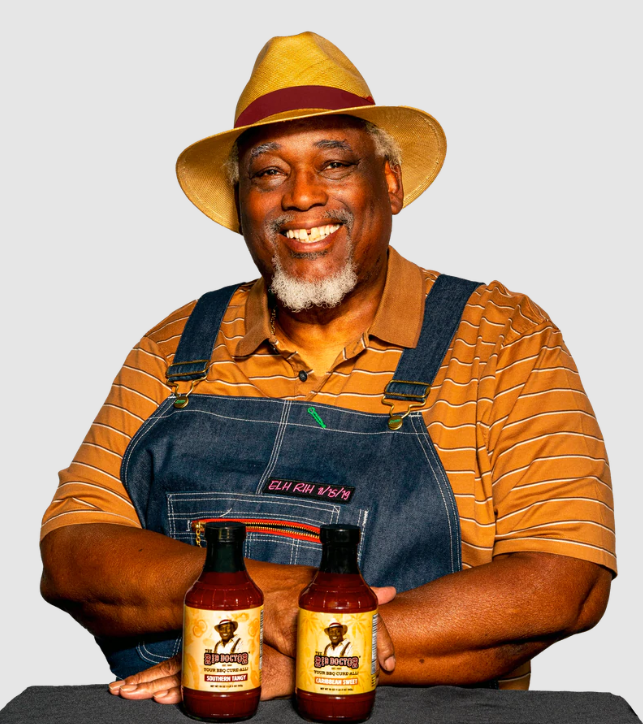 This May's celebration of National Barbecue Month was even sweeter than usual for Hayward Harris Jr. '74, president of The Rib Doctor, Inc., as his company won six honors at the 2022 National Barbecue and Grilling Association (NBBQA) Conference.

As part of its annual event, the NBBQA presents the Awards of Excellence, which recognize excellence in the commercial side of the barbecue industry. Certified judges and chefs perform blind judging and choose the top five in each category.

“I’ve been competing at NBBQA since 2008, so winning these awards confirmed that we still have it and we’re still on top of our game,” said Harris, a founding member of the California BBQ Association. “Flavor profiles change every year and competition is fierce, so to have our name called, it’s humbling.”

Harris noted that Caribbean Sweet winning first place was the most gratifying and rewarding victory of all.

“That one was even more special because my late wife, Eva, created Caribbean Sweet,” he said. “Also, it’s been marketed as a sauce, but I always knew it was a multi-purpose product that could be used as a sauce, a glaze or a marinade.”

Both Caribbean Sweet and Southern Tangy are produced from the highest quality commercial spices and vegetables to provide homemade flavor and texture while ensuring balance.

Founded by Harris, an experienced and award-winning pitmaster, and based in Southern California’s Inland Empire, The Rib Doctor has been making premium, best-in-class barbecue sauces and marinades since 1991. The Rib Doctor products are available online and in more than 57 Whole Foods stores west of the Rockies.