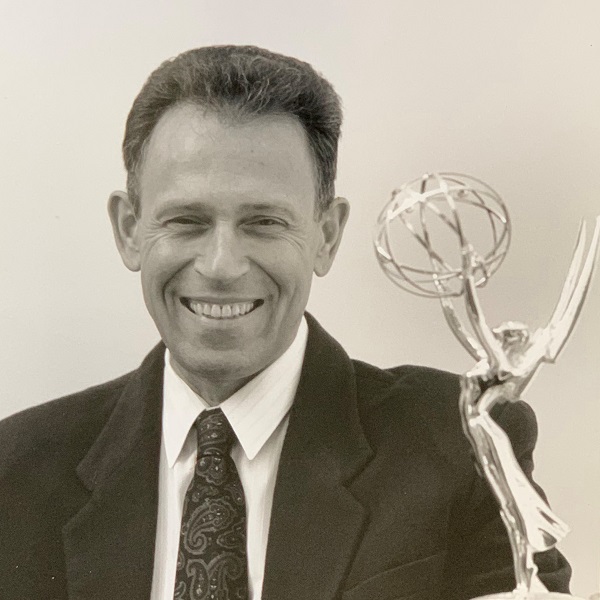 Born in Joliet, Ill., on October 23, 1940, Agazzi earned bachelor's and master's degrees in Theater Arts at UCLA, where he was set designer and assistant director for a productions such as "A Funny Thing Happened on the way to the Forum, "Once Upon a Mattress," and "110 In the Shade."

Agazzi was art rirector for the Danny Thomas and Bob Hope television specials at NBC and went on to design the original sets for "The Price is Right," "Match Game," and many other hit game shows. He later became production designer for such TV series as "Hart to Hart," "Paper Dolls," "Shannon's Deal," and "Moonlighting," for which he received the 1989 Emmy award for outstanding art direction for a series. He was nominated for a total of eight Emmy awards.

In 2001, Agazzi wrote and directed the short film "A Window That Opens," the poignant study of a woman struggling with Alzhiemer's Disease, which received accolades from film festivals all over the world. On a river-rafting trip in 1980, he met the love of his life, David Brewer, and for 39 years they traveled the world together. They married in 2013.

Very active as philanthropists, Agazzi and Brewer were tireless in the fight against AIDS. Preceded in death by his parents, George and Dorothy, Agazzi is survived by his husband David, sister Judi Gawlik, niece Ashlee Pickering, nephew Randy Gawlik, great-niece Kylie and great-nephews Casey, Owen and Simon.

A "Celebration of Life" will be held for Agazzi at his home on Oct. 27. In lieu of flowers, contributions may be made to the Alzheimer's Foundation of America: 322 Eighth Ave. 16th floor, New York, N.Y. 10001.