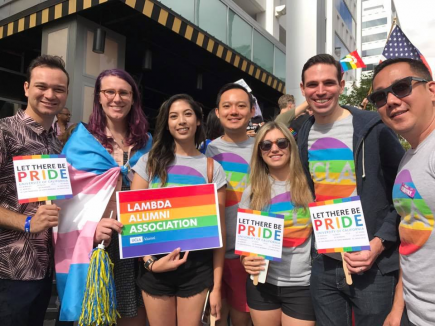 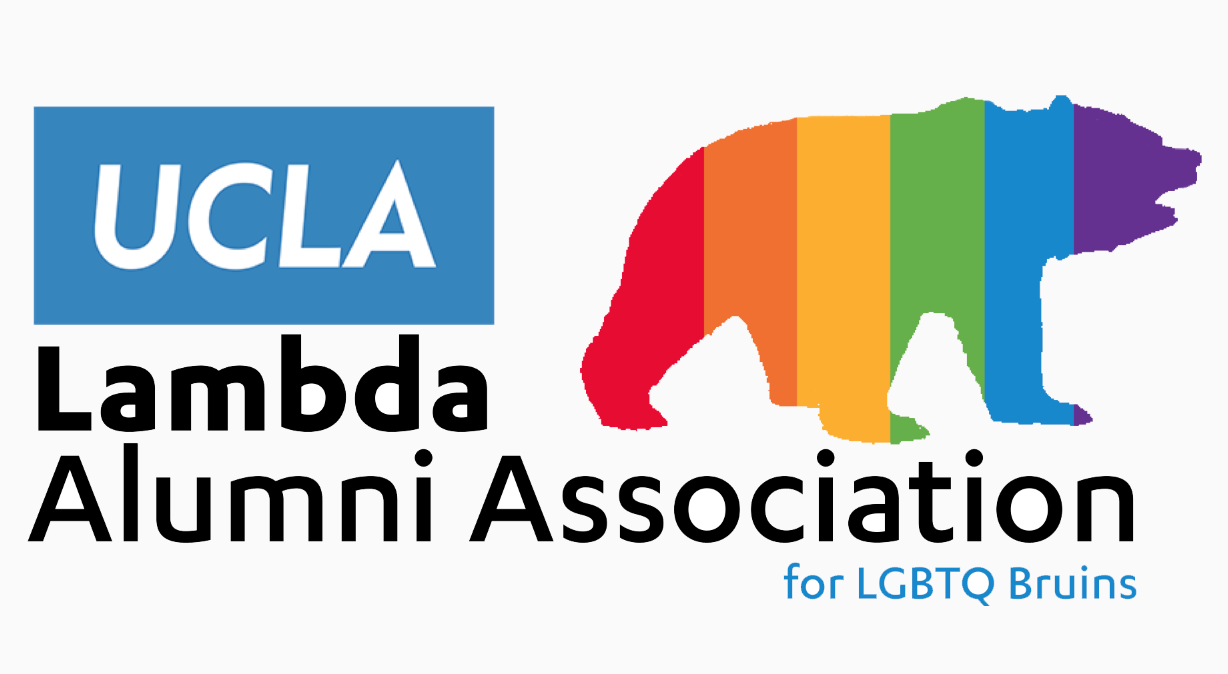 The UCLA Lambda Alumni Association sustains a network of LGBTQ+ alumni and friends to support one another, UCLA students, and the greater LGBTQ+ community. Lambda hosts over 2 dozen events each year ranging from social networking and professional development to student support and mentorship. Don’t miss this opportunity to get involved with the LGBTQ+ community at UCLA!

To accomplish our mission, we have three strategic pillars:

Lambda is the 11th letter of the Greek alphabet and was first chosen as a symbol for the LGBTQ movement when it was adopted in 1970 by the New York Gay Activists Alliance, symbolizing a growing movement of gay liberation. In 1974, the lambda was subsequently adopted by the International Gay Rights Congress held in Edinburgh, Scotland. From there, the lambda became internationally popular. The meaning and logic behind the symbol are highly debated among activists and historians.

Formally established in 1989 by Doug Walters and Corinne Lightweaver, the UCLA Lambda Alumni Association is one of the oldest and most well-established LGBTQ alumni organizations in the country. Alongside a storied history of LGBTQ activism, UCLA is also home to the first-ever LGBTQ college publication.