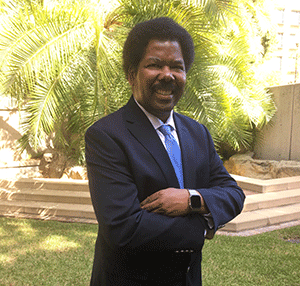 The Hon. Kevin C. Brazile is the recipient of the 2020 UCLA Award for Public Service. Judge Brazile's life reflects a series of firsts — he was the first in his family to graduate from college, first to graduate from law school, the first African American division chief of the General Litigation Division of the Los Angeles County Counsel, and the first African American presiding judge of the Los Angeles Superior Court.

Judge Brazile entered UCLA as a transfer student, where he excelled graduating cum laude with a B.A. in political science. A double Bruin, he earned his Juris Doctor at the UCLA Law School. Prior to his appointment to the bench, Judge Brazile was a civil trial attorney for the Los Angeles County Counsel’s Office from 1984-2002, where he handled personal injury, employment discrimination, dangerous condition of public property and federal civil rights litigation. He has distinguished himself in government service, and has argued cases before the Ninth Circuit and the California Courts of Appeal. He was the last member of the L.A. Office of the County Counsel to successfully argue a case before the U.S. Supreme Court where he received a unanimous judgment in his favor.

Judge Brazile was appointed to the Los Angeles Superior Court in December 2003. He holds the distinction of being elected by his peers to serve as the first African American presiding judge of the largest trial court system in the nation, where he has increased the diversity in the court’s leadership to reflect the city of Los Angeles. While a student at UCLA, he received support from other graduates, and now he serves as a mentor for other Bruins, repaying the kindness and guidance that was bestowed upon him.