2016 Edward A. Dickson Alumnus of the Year 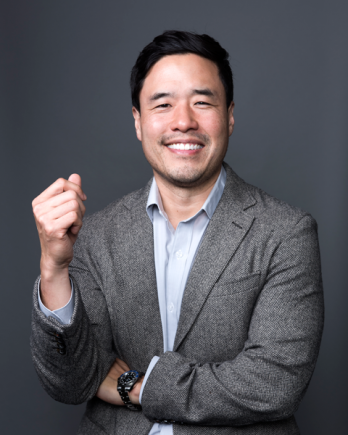 Randall Park is the 2016 Edward A. Dickson Alumnus of the Year. On TV, he plays a father working hard to give his family the American dream, but in real life, he is already living his American dream. As an actor and writer, Park is fast becoming one of the freshest and most in-demand faces in Hollywood with his extraordinarily diverse skill set and wide-ranging background in both film and television. More importantly, he’s breaking new ground for Asian Americans in entertainment.

Park can currently be seen in the second season of the hit ABC comedy series Fresh Off The Boat as Louis Huang, the patriarch of a Taiwanese family adjusting to a new life in Orlando after moving from Washington D.C. in the 1990s. Based on the memoir of chef and restaurateur Eddie Huang, the half-hour comedy is the first network television show to focus on an Asian American family in more than 20 years. His work in the series earned him a 2016 Critics Choice nomination for best actor in a comedy series.

While at UCLA, Park majored in English and creative writing, but also pursued a Master’s in Asian American Studies. After discovering his love for writing plays, he co-founded an Asian American theater group called LCC (Lapu, the Coyote that Cares Theatre Company) which recently celebrated its 20th Anniversary. Park says, “Through those plays, I discovered acting and fell in love with it.”

On the big screen, Park recently appeared in Universal’s Trainwreck, directed by Judd Apatow and starring Amy Schumer, Bill Hader and LeBron James. He also played “Kim Jong-un” in 2014’s The Interview, opposite Seth Rogan and James Franco. The controversy over the film’s plot line, which focused on how to assassinate the dictator, resulted in North Korean threats and then a malicious cyberattack on Sony Pictures.

In 2015, Park received the Asian Pacific Alumni Alumnus of the Year Award at their Inaugural Gala, and in 2010 he won the Best Actor Award at NBC’s Short Cuts Film Festival.

More of his work can be found on www.randallparkplace.com.