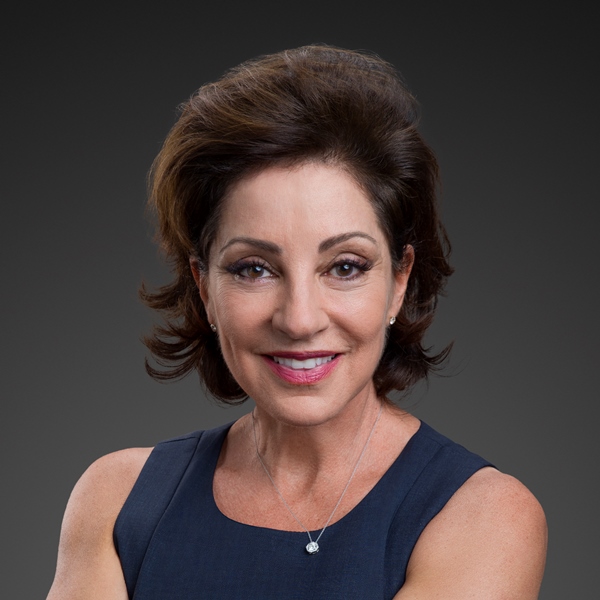 UCLA Gymnastics Coach, Valorie Kondos Field ’87 received the UCLA Professional Achievement award for her superior achievements in the field. Affectionately known by her gymnasts as “Miss Val,” the head coach of the UCLA Women’s Gymnastics team defines optimism. In the 2018-19 season, the Bruins earned their second straight Pac-12 title, with the highest national score of the season.

Although never a gymnast herself, Miss Val uses her classical dance training to empower her student-athletes, to teach valuable life lessons, and to encourage individuality and joy. In her nearly 36 years of coaching one of college sports’ premiere athletic programs, she has earned seven NCAA Championships, 22 Regional and 18 Pac-12 Championships. Kondos Field was one of only two active coaches to be inducted into the UCLA Athletic Hall of Fame in 2010, has been named Pac-12 Coach of the Century, West Region Coach of the Year and is a four-time National Coach of the Year.

Kondos Field credits her mentor and friend, legendary basketball coach John Wooden, with her success. A direct result of her extraordinary leadership and mentorship of young student-athletes, Miss Val’s reputation is only one reason that 46 former US national team members and half of the last two Olympic teams have come through her program at UCLA. Recognized as one of the nation’s foremost gymnastics choreographers, her many credits include choreographing and directing live variety and stage shows, TV specials, events and 26 years of cirque-type shows for Sea World. As a recent breast cancer survivor, she shares a positive and a hope-filled message with others, which she shares in her book “Life is Short, Don’t Wait to Dance.” An inspirational and extraordinary leader and mentor, Kondos Field encourages individuals to become their best selves.