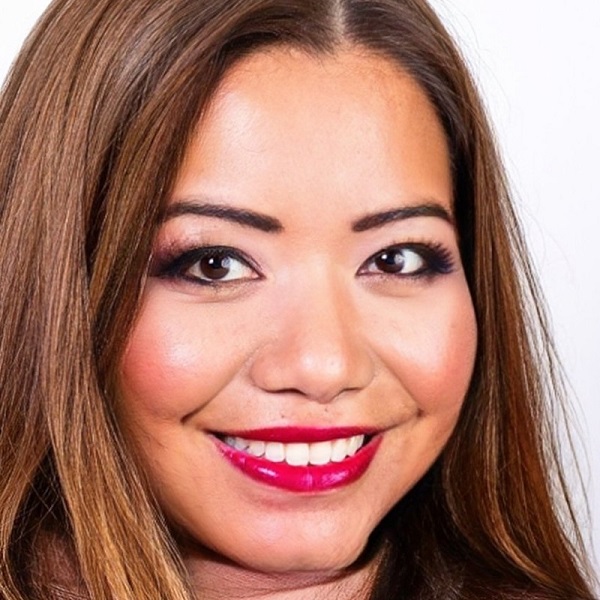 The Lukes Network (TLN), LLC, an Orange County-based full-service marketing and sustainability agency founded and owned by Anna Lisa (Biason) Lukes '95, proudly sponsored a Habitat for Humanity of Orange County team build at a new development in Stanton, Calif. on July 23. TLN believes in HabitatOC’s mission of providing decent shelter and affordable housing for all. Jay Lukes, COO of TLN said, “We gathered our team, corporate partners, and volunteers from small and large companies, reached out to our electeds and wanted to have our lunch catered by a mission-oriented company. Our goal was to make every element of our team build aligned with our purpose and culture."

HabitatOC site superintendent Dominic Griffiths and volunteer team leaders taught TLN guest volunteers how to wrap six new homes to make them energy efficient and reduce the cost of operation when the families move in. They worked alongside Ben and Terry Crespin, a HabitatOC family who got an affordable mortgage on one of the homes just completed by the non-profit organization in partnership with the city of Fullerton, Calif. Representatives from the offices of the County of Orange Second District Supervisor Katrina Foley, California Assemblymember Sharon Quirk-Silva (AD 65) and California Senator Josh Newman (SD 29) were on hand to recognize the volunteers who joined TLN on this build.

COO Lukes led a short program and talked about the impact of HabitatOC and the need for land, partnerships with cities and private developers and also identifying homeowners. He noted having lived in Orange County since childhood and that he "saw when you could buy a house for $80,000. Clearly that's not the case anymore. It's good for sellers, but not for home buyers. And that's where HabitatOC comes in. Making team builds like this supports the organization and helps get the word out about their good work." HabitatOC President and CEO Sharon Ellis emphasized the importance of making affordable home ownership front and center in the state's housing agenda.

Scott Kuttner, who recently retired from the City of Santa Ana, Calif., also volunteered on the TLN Team Build. He recalled the first development built by HabitatOC in Santa Ana decades ago, and how that project "transformed the neighborhood" and he still remains connected with the homeowners today.

First-time HabitatOC volunteers Leo Ramirez and Oliver Jones from UPS saw the mission come to life. UCLA Alumna Lukes, TLN CEO and HabitatOC board member, said, "Jay and I were intent about inviting large and small businesses from within our network to see how we all can work together to leverage team builds for employee engagement programs and maybe even show how a company employee could become an Orange County homeowner because of HabitatOC. Having Ben and Terry here was really special."

TLN brought in Tacos4Troops to cater lunch. Virji Angelo, co-owner of Angelo Termite & Construction and ATC Academy, climbed a scaffold to help wrap the homes. "I was really scared at first, but after a while, I was fine. I'm glad I did it." HabitatOC's Tommy Monje was talking with her about the organization's faith relations committee and before the end of the day, she called a pastor friend who does work with 30 congregations and told him about her experience.

Habitat Program alum Terry Crespin is an employee of HabitatOC donor AAA and she heard about the opportunity in Fullerton at work. "Without HabitatOC, we couldn't afford to live in Orange County," she said.

The leadership of The Lukes Network states, "In all we do, we make an impact on businesses as well as the community. Habitat for Humanity’s mission aligns with TLN’s motto of Do Well and Do Good."

TLN is a full-service marketing and sustainability consulting firm focused on the triple bottom line of People, Profit and Planet. The firm provides strategy, branding, public relations, outreach and creative production services to small and big businesses, and public entities in Orange County, California and beyond.

One of four sisters who graduated from UCLA, Anna Lisa (Biason) Lukes majored in sociology and history as an undergraduate.