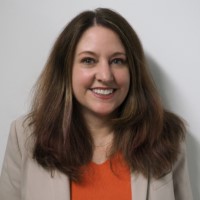 The White House has brought on Office of Management and Budget official Celeste Drake '89, J.D. '02, M.P.P. '02, as the new deputy director of the National Economic Council for labor and economy, a White House official told Politico.com.

“Celeste has already proven herself to be a valuable leader in the Biden Administration and I’m thrilled she will be joining the NEC in this new role,” NEC Director Brian Deese said in a statement. “Her deep expertise will be vital as we continue to advance the President’s strategy to grow our economy from the bottom up and middle out.”

Prior to joining the administration, Drake served as executive in charge of government affairs for the Directors Guild of America. She was previously the trade and globalization policy specialist for the AFL-CIO and is a Hill alum. A political science major as an undergraduate, Drake is a former high school economics and history teacher.

“She has worked with President Biden to put workers first, always stands her ground and has often faced down powerful forces to advance the cause of America's workers. Celeste is tireless, hard-working and I have no doubt she will be a force in her new position.”