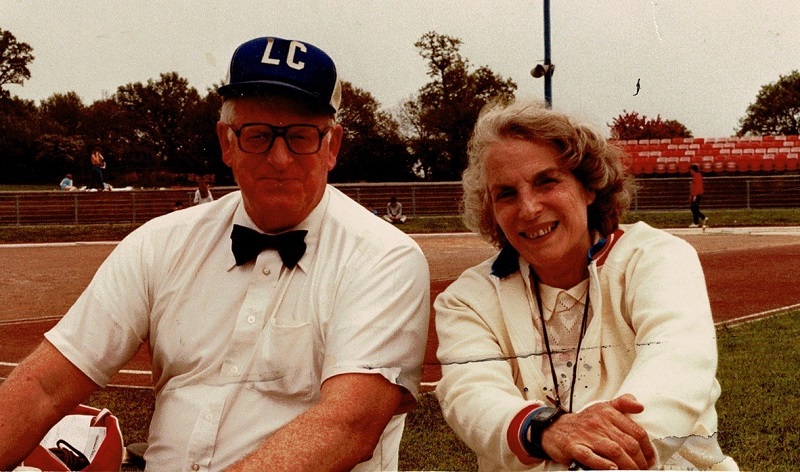 In late May, the mayor of the town of High Wycombe, 34 miles west of London, England, formally dedicated a community center in the name of Madison Taylor Lewis ’51 and a road in the name of Martha Gail Kelly (née Rochlen) ’54. 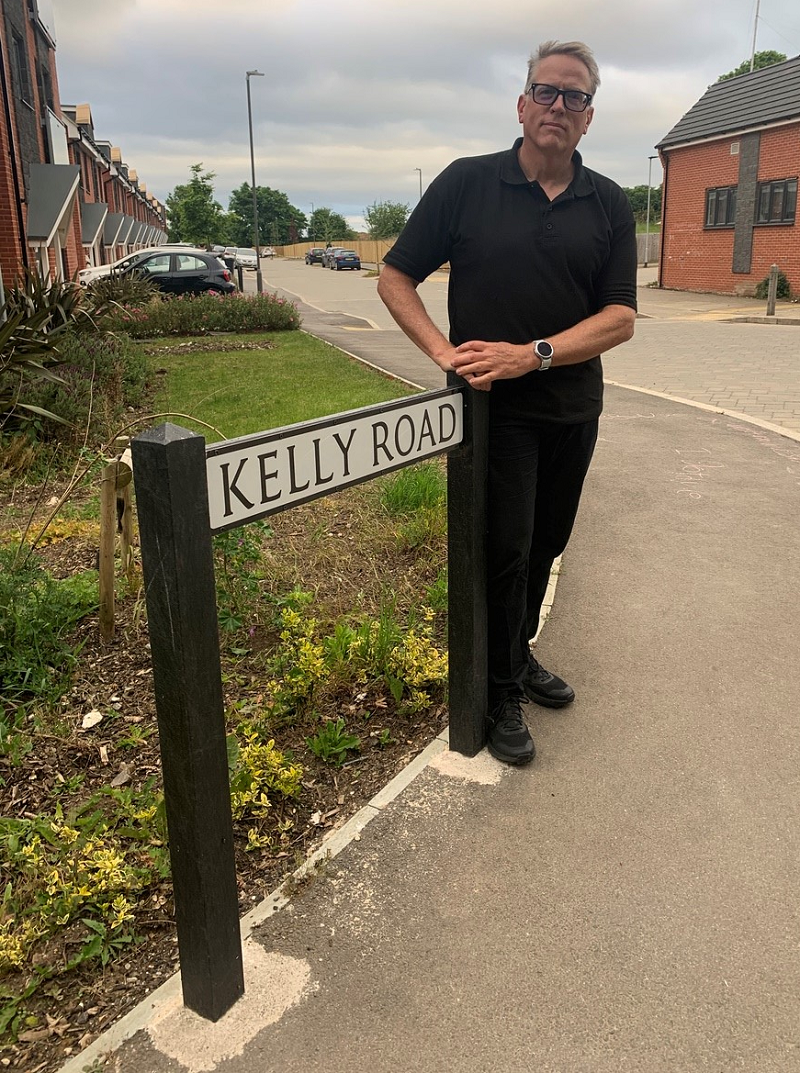 Jesse Kelly, the youngest son of Martha Gail Kelly '54, at one of the road signs for Kelly Road, which has been named after her.

They were honored at a ceremony held on the site of the former U.S. Air Force and U.S. Navy base on which the school operated and which has now become a 450-home British residential community. The former base had been opened in 1942 as the headquarters for the U.S. Army Air Force’s 8th Air Force and, from a top secret bunker known as “Pinetree,” was the place from which the missions for the daylight bombing of German-occupied Europe were planned and ordered. 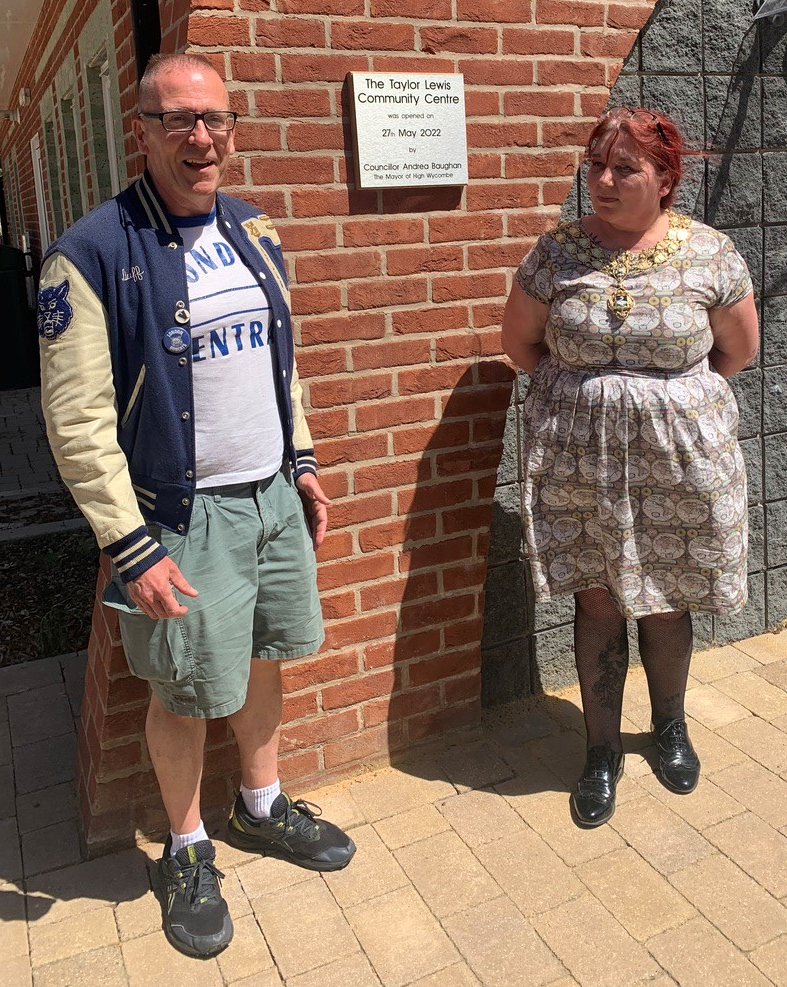 Duff Kelly, a son of Martha Gail Kelly with Cllr. Andrea Baughman, Mayor of High Wycombe, at the unveiling of the new Taylor Lewis Community Centre. Kelly was called upon by the mayor to speak about Lewis, who had also been his coach in high school.

It was a regular calling point for a number of wartime leaders, including then Supreme Allied Commander (and later U.S. President) Dwight D. Eisenhower and was visited by the King and Queen of England at the end of WW II. The base and its bunker took center stage again a decade later as the Cold War grew in intensity. In 1971, London Central relocated from another site to that base and operated there until it and the base closed in 2007. The site was sold off for redevelopment, which has now just been completed. 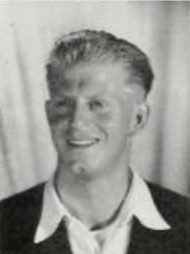 As part of the dedication process, former students from London Central asked the developer, Taylor Wimpey PLC, to retain some of the original road names and to add some new ones to honor both military history and some of their teachers. Kelly and Lewis, who had known each other from their UCLA days but hadn’t met up before they ended up teaching, were among those honored. 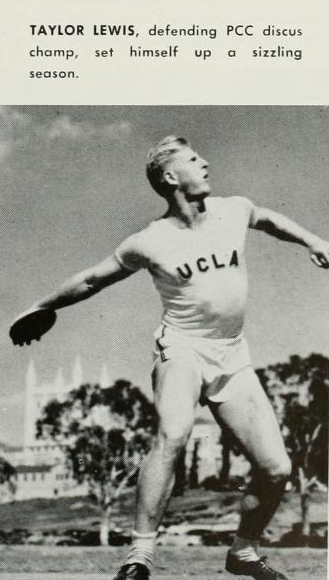 At UCLA, where he was a member of Phi Kappa Psi, Taylor Lewis was conference champion in the discus in 1948 (156-8.25) and 1949 (164-2.25). A member of the U.S. Track and Field Team that toured post-WW II Europe, Lewis taught and coached overseas in Tripoli, Libya, before returning to the States to teach in Nebraska and California. He then joined the Department of Defense Dependent School System (DoDDS), teaching in the United Kingdom and coaching 28 seasons at London Central High School. in February 1996, a few years after Lewis retired, he and his wife, Anne, were killed in an automobile accident when their car slid off an icy highway and down an embankment 25 miles from Kalmuth, Oregon.

Gail Rochlen started at UCLA in 1944 as an English major, stayed until 1947, went back briefly in the spring of 1948 and then returned in September 1953, completing her degree the following June. In the time before her return to school, she spent 18 months in Paris, France, with her husband, the artist Francis Robert Kelly who was undertaking a diploma course at the Académie de la Grande Chaumière, before spending time in both Hawaii and California, during part of which time he became an assistant to renowned artist John Paul Jones — the painter, sculptor and art educator who started the printmaking department at UCLA. In 1955, the couple moved to London, England, where Francis Kelly attended the Central School of Art (today Central St. Martins) and Gail started her teaching career. Gail passed away on her 92nd birthday in 2018, in London. Her husband passed away in 2012.