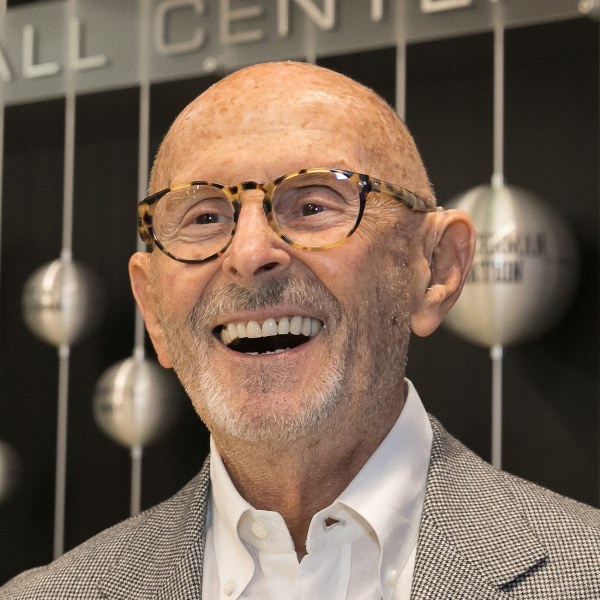 Mo Ostin ’51, a legendary music industry executive and philanthropist who played a vital role in music history, died Sunday, July 31, of natural causes. He was 95.

Ostin’s passing was reported widely throughout the entertainment industry, including on Variety.com, Billboard.com and RollingStone.com, as well as in general media outlets such as The Wall Street Journal and the L.A. Times.

The Edward A. Dickson Alumnus of the Year in 2019, Ostin, who graduated from UCLA with a degree in economics, was known for encouraging creativity, respecting the artistic process and being willing to take risks. He generously shared his talents with UCLA, and his philanthropic support helped and inspired countless Bruins.

He also invested in UCLA’s rising talent. The Evelyn and Mo Ostin Music Center provides state-of-the-art access to the latest advances in music technology, and the Mo Ostin Basketball Center is the cutting-edge home for the men’s and women’s basketball programs. The coming Mo Ostin Academic Center for Student-Athletes will further his visionary legacy. Ostin served on the boards of visitors for the UCLA School of the Arts and Architecture and The UCLA Herb Alpert School of Music, and supported the Center for the Art of Performance at UCLA. Ostin’s generosity extended beyond UCLA to benefit youth services, social services, community organizations, hospitals and health services.

Ostin’s illustrious career spanned generations of the best in music, from his start at Verve Records to Frank Sinatra's Reprise Records, then thirty-two years at Warner Bros. Records, including 25 as chairman/CEO, and leading the management team at DreamWorks SKG. As Chairman Emeritus of Warner Bros. Records, he continued to work as a consultant. Ostin was inducted into the Rock and Roll Hall of Fame with a lifetime achievement award in 2003, received the Recording Academy President's Merit Award for his groundbreaking contributions to the music industry in 2006 and the Lifetime Achievement Award in 2017.

In congratulating Ostin on receiving the Alumnus of the Year award, Men’s Basketball coach Mick Cronin said, “The Mo Ostin Center is one of the state-of-the-art practice facilities in the country…the gym is just unbelievable and I know our guys are really appreciative.”

UCLA Women’s Basketball coach Cori Close said that the facility “has been program-changing for both men’s and women’s basketball” and that Ostin had “made such a difference for so many people on this campus.”

Presenting the award to Ostin, Chancellor Gene Block described the Evelyn and Mo Ostin Music Center as dazzling on the outside and the inside, functional yet artistic, and he praised Ostin's philanthropy toward UCLA as well as the greater community.

In his acceptance speech, Ostin said, “I want to thank UCLA for this great honor and also for the great education and experience that prepared me so well for my life [, which] was opened up in so many ways during my time here – in business, culturally, in the arts, music, theater, films, reading, politics. UCLA helped give me my work ethic, my love of sports and the desire to always continue to learn – and for all that, I will be forever grateful.”

After relating a story about Frank Sinatra’s generosity to a valet, Ostin said, “‘My Way’ (wink) [of saying thanks] was to donate as much as I could to areas I was passionate about at UCLA: music, sports, medicine and performance.  Giving back made me feel great. Try it!”