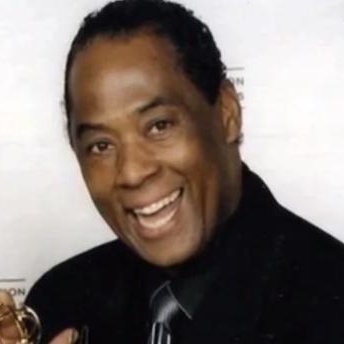 Raymond Bell ’78 is executive producer of a documentary project, “CALLED UP: The Emmett Ashford Story,” a chronicle of the first African American umpire in Major League Baseball. A native of Los Angeles, Ashford was an American League umpire from 1966 through 1970, working the 1967 All-Star Game in Anaheim and the 1970 World Series.

On Aug. 12, following Fox’s national broadcast of their Field of Dreams game featuring the Yankees against the White Sox, former Dodgers GM Fred Claire will be interviewed about the CALLED UP Project and Emmett Ashford on the Fox Channel 11 Baseball Post Game Show in Los Angeles. Claire is a CALLED UP consultant and interviewee.

In addition to Bell, 11 other Bruins are involved with the project, including Ashford’s daughter Adrienne Bratton ’66 and former Athletic Director Dan Guerrero ’74.  PBS has agreed to air the documentary once it is completed.

Editing of the rough cut hour-long version begins this month, but completion funding is still needed.

Bell reflected on the timeliness of this production, writing, “Recently, Major League Baseball made a significant move in changing the narrative of their stance on racial equality and voter suppression. We need to build on that momentum. The time is now for us to tell Emmett Ashford’s story and preserve his legacy. His spirit permeates our fight against racism. It is critical that we raise awareness and empower our community to continue to make a difference.

“It defies reason why Emmett Ashford’s story has not been told. Thankfully, we are ensuring his legacy and importance for posterity. Ashford not only dreamed, but worked long and hard to break through barriers that persist today. There is a rallying cry throughout the country to continue the fight against racism, prejudice and inequality … This film will serve to educate many on how one man’s dream helped to level the playing field in and outside of the lines.”

Peter O’Malley, former owner of the Los Angeles Dodgers, opined, “I believe your documentary is very timely and will resonate in importance for years to come.”

A short sizzle reel gives a flavor of what we can expect from the finished product. For more information or to give support, visit the production’s website.