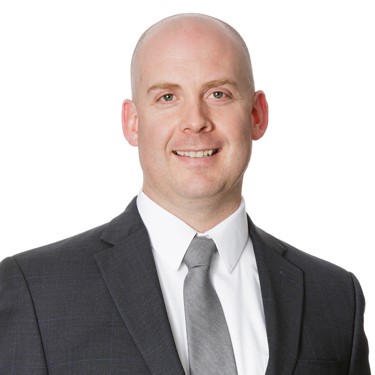 A book by William Cooper '04, "Stress Test: How Donald Trump Threatens American Democracy," will be published in July. According to Kirkus Reviews, the book is "a compelling and sensible overview of America’s emerging democratic crisis" and "the book’s reasoned tone and bipartisan critiques are a welcome perspective in an increasingly polarized and heated political landscape.

"Donald Trump’s 'words, deeds and basic instincts,' this book asserts, 'are fundamentally at odds with America’s long-held essential ideals.' And while 'American democracy withstood the Trump presidency,' which served as the nation’s titular 'stress test,' the United States is not out of the woods given his sustained popularity on the right and the rise of sycophants who follow in his political footsteps.

"An attorney, Cooper is also an active columnist whose writings have appeared in more than 100 publications. This volume, a compilation of select columns from 2019 through [early 2022], argues that Trump represents a dangerous trend in American politics that disregards the rule of law and fundamental constitutional principles; 'openly and unapologetically' challenges the outcomes of fair and free elections; and has 'descended into a whirlpool of lies, false narratives and abhorrent stupidities.' And while adamant that Trump represents 'the foremost threat to American democracy,' the author does not absolve Democratic politicians for actively participating in the 'bipartisan race to the bottom.'"