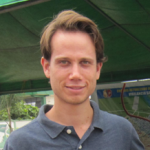 Adam Shahar, M.P.H. ’19, wanted to serve communities with a health need, “I wanted to challenge myself outside of academics, where I had an opportunity to grow and see things from a different perspective.” He first learned about the Peace Corps through his stepbrother, who served in the Philippines.

Shahar served in Pasaje, Ecuador. Once known for gold production, Pasaje is now a major exporter of bananas. Shahar worked as a community health educator for adolescents, teaching and hosting camps where he and other volunteers led discussions on youth development, sexual and reproductive health, conservation and the environment. “I had several projects I was working on, some more successful than others. We did citywide camps through a program called Grassroots Soccer, working on ways to help the community prevent HIV and other sexually transmitted diseases,” says Shahar. 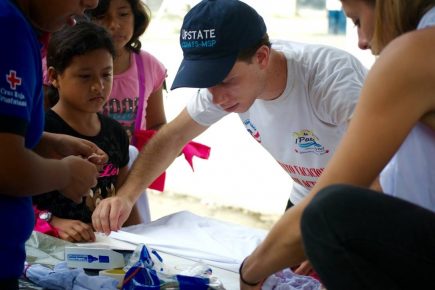 His work taught him to adapt to his host culture. “Living in a developing country allowed me to see infrastructural disparities and how important it is to tailor interventions to specific cultures.” The success of a program he led producing stories of students speaking about gender violence led him to extend his stay by two months.

He returned to the United States determined to pursue a career in public health. In 2017, he was accepted into the UCLA Fielding School of Public Health graduate program and a summer internship with Kaiser Permanente. “UCLA really aligned with what I wanted to do – work with communities, develop interventions and learn more about health inequalities,” says Shahar.

Currently a nursing candidate at the UCLA School of Nursing, he enjoys salsa dancing and has started a YouTube channel inspired by his Peace Corps service called Way of the Late Bloomer.