In a time when cultural divisions have taken center stage, an unlikely Bruin Cinderella story emerges from a Chinese American author who grew up as the daughter of a teenage mail-order bride and a busboy working in a noodle shop in San Francisco’s Chinatown. 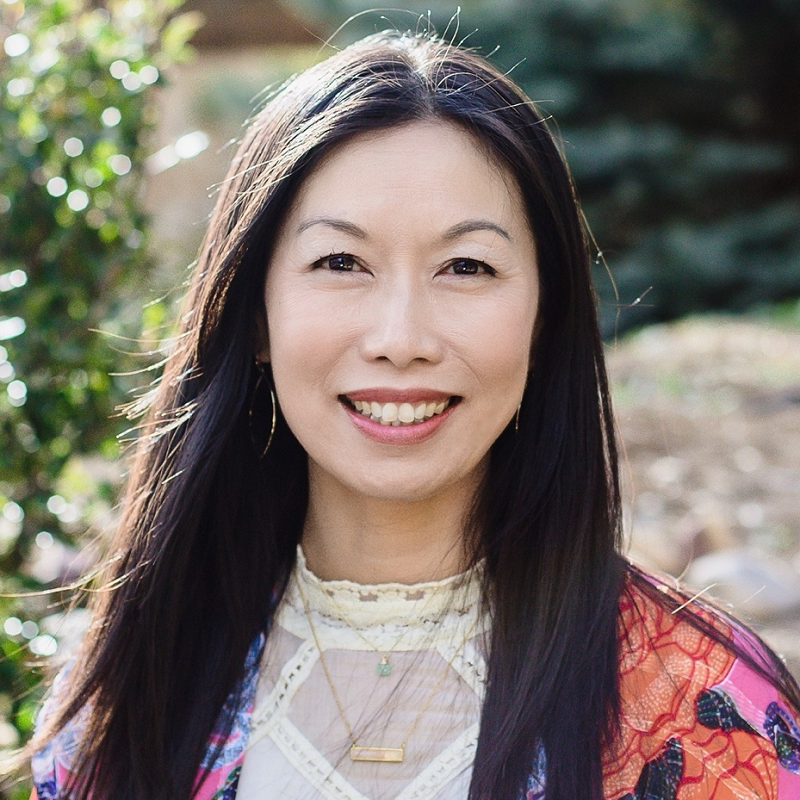 Bonnie Lee Gray ’93 never felt truly beautiful or beloved. She had grown up in poverty and did her best to fit into society and be “normal” by erasing the parts of her cultural heritage that made her feel weird, flawed or broken. Although Bonnie was born in America along the hills of San Francisco’s Chinatown, Chinese was her first language and she learned to speak English by watching Bert and Ernie on “Sesame Street.”

When her father mysteriously left her when she was seven years old, Bonnie, as the oldest child and the only English-speaker in her family, shouldered the responsibility of being the translator for her mother, scouring want ads in the newspaper for minimum wage jobs plugging in chip components in assembly boards for electronic products. In the 1970s, semi-conductor and chip manufacturing companies were popping up like popcorn around the fruit orchards in Silicon Valley.  Bonnie would contact employers who picked up the phone surprised to hear the voice of little girl asking for a job on behalf of her non-English-speaking Asian mother. It was then Bonnie first encountered the kindness of strangers who would grant her mother temporary jobs, as Bonnie sat side-by-side with workers on the factory floor.

From these early interviews translating for her mother, Bonnie learned the importance of a high school diploma. Since both of Bonnie’s parents did not graduate from high school, she believed a high school diploma was the best she could do. The word college wasn’t part of her vocabulary, because she didn’t think she could afford to go to college ­­– until she met Mr. Verley O’Neal, the dean of computer information systems at a local community college.

Bonnie was working in her first summer job as a lab assistant as part of a government jobs-skills training program offered to children from low-income families, when O’Neal learned Bonnie wasn’t applying to attend college. He asked her, “Have you heard of scholarships, grants and loans?” She had not. And her life path changed in that instant. 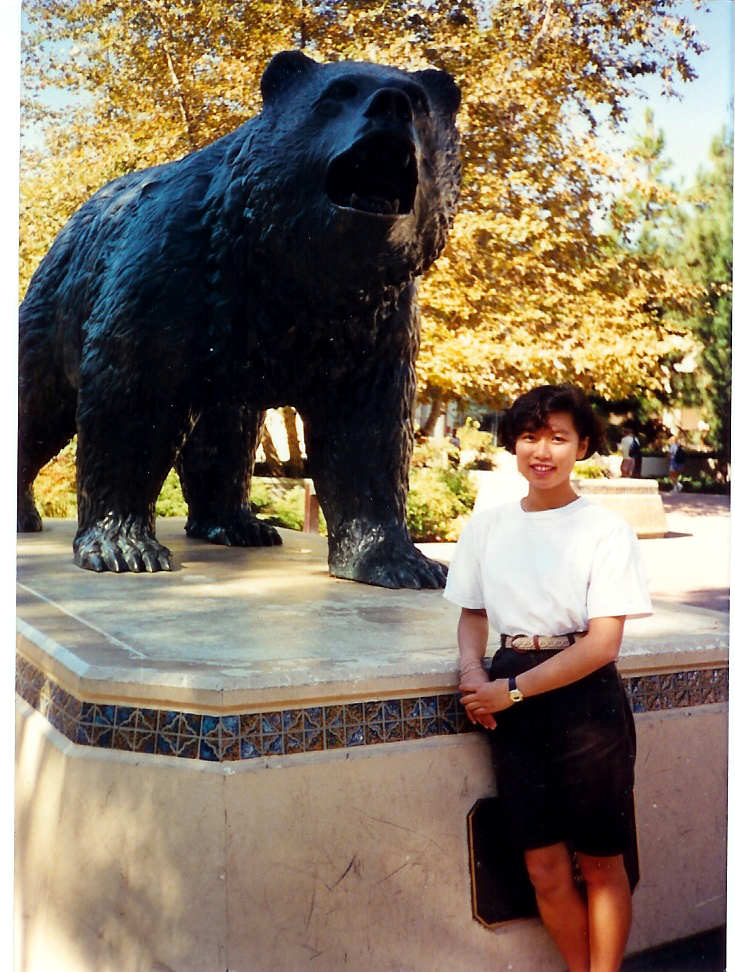 Hope reignited Bonnie’s childhood dream to become a writer. Having to walk her little sister from school, helping with homework and dinner, Bonnie’s life experiences were limited to her academic studies and home life. Books were Bonnie’s first friends and her constant companions, giving her windows and doorways into cultures and worlds she could never have known apart from the voice of an author through the printed page. With each story she read, she discovered she belonged more fully in the world, transforming her loneliness into connection to the human experience. She became a little more whole by finding herself lost in another person’s story, which gave her language to recognize her own voice.

It was Bonnie’s dream to study English in college and become a writer, to enter into this world of words and stories that became her heart’s home. But her mother did not approve, because it was seen as selfish to pursue a degree that would not improve the family’s station in life and instead “run away from your family to do what you want.”

Bonnie decided if she could not pursue her passion for writing, she would be determined to improve the economic conditions for her family and also make her mark as a woman by becoming an engineer.

Having heard of UCLA’s history as the university where the first message on the Internet was sent, Bonnie chose to major in computer science and engineering.  Her college choice was a no-brainer. Making it into Bonnie’s dream school at the UCLA Samueli School of Engineering seemed to have made up for all the sorrow of letting go of her dreams as a writer. To be a UCLA engineering graduate meant she could step into the world with a path clear towards succeeding in the corporate world in Silicon Valley, armed with the prestige and weight that Bruin graduates carry into their engineering careers, to make their mark in the world of technology and computer science.

Crunching code and burning all-nighters in “The Dungeon” at Boelter Hall, fueled by ridiculous amounts of M&Ms, late night pizza, and 1 a.m. Grand Slam breakfasts at Denny’s with her fellow engineering comrades, Bonnie kept her dream of becoming a writer alive by taking all her free electives in English classes. 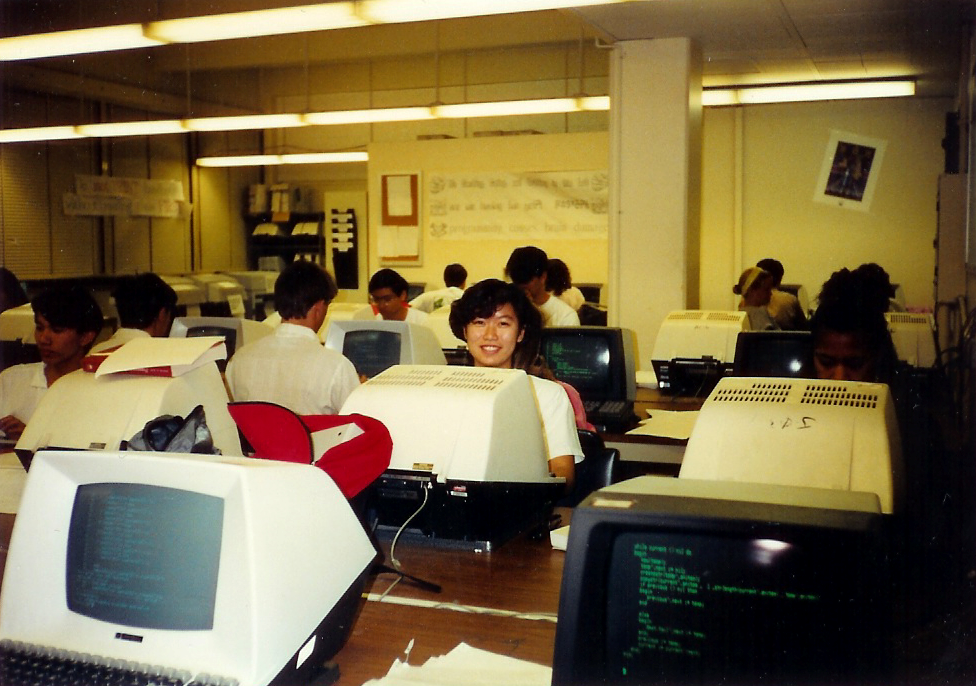 “Looking back, how can someone like me, who came from so little in life experiences and academic support, have that confidence and bravado that I carried into my high tech career?” Bonnie reflects. “There was never a shadow of doubt in my mind. It was UCLA and my amazing computer science and engineering professors, who gave me the language and the theoretical and technical knowledge, that armed me to step into the arena of the competitive job market of technology. I stood toe to toe as a woman with any man that was present in any product team meeting or corporate boardroom executive.”

Bonnie graduated in 1993 during challenging economic times. She landed her first job working for Wells Fargo Bank, and worked to deploy the first nationwide online banking system in the industry, giving customers the ability to access their bank accounts through a website. “By aggressively leveraging UCLA’s name and prestige,” Bonnie recalls, “I became part of the engineering dream team that changed the banking industry.”

Bonnie went on to lead a successful career working for Sun Microsystems, overseeing 50 different engineering hardware and software product roadmaps for Network Computing technologies, which evolved into what’s now known as Cloud computing. Deep inside, however, she never forgot her hidden calling.

While in college, Bonnie had inquired what it would take to change course and become an English Literature major. Bonnie says, “My academic counselor advised me to consider my change carefully because to switch back would be difficult, if I were to change my mind. As I dropped quarters into the payphone to call my mother, I hung up the phone dejected. My mother would never approve. And without any family other than my mother and my younger sister in this world, I did not have the emotional strength or support to pursue my childhood dream of becoming a writer. I never told anyone this ever happened, because it felt shameful to confess to anyone that I was foolishly thinking I could ever become an author.

“But, I couldn’t forget the joy of attending my English classes at UCLA and all the amazing professors, T.A.s, and discussion groups.  My professors’ validating comments and handwritten notes were like gems to my writer’s heart,” Bonnie confides. 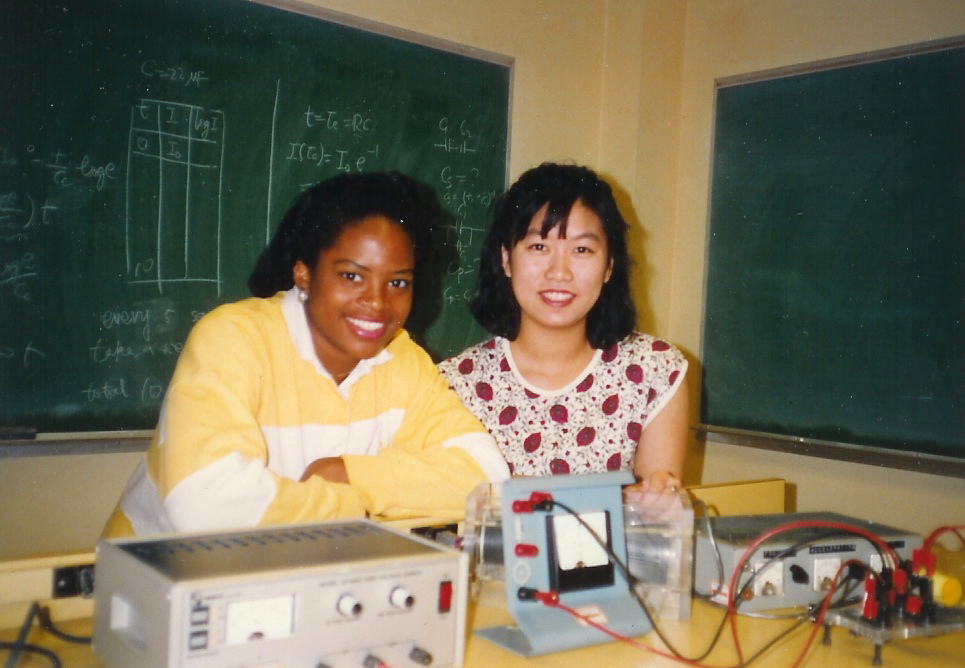 When Bonnie had her children, she wanted them to have the stable childhood she didn’t have, so she became a stay-at-home mom. “UCLA gave me the financial independence created by the high tech career I led for 15 years – and because I got married later in life, I had the fortunate opportunity to pursue the type of motherhood I always dreamed of.”

As her babies napped, Bonnie would steal minutes she spent blogging. Her technology knowledge gave her the ease and confidence to be one of the early bloggers in the 2000s, which propelled her blog subscribership to grow into a large audience. Credit to her engineering background, Bonnie was able to learn quickly how to work with HTML, SEO optimization, and to her surprise, was approached by a literary agent to represent her as an author.

“As a mom of a toddler and a newborn in my forties, I suddenly found myself with a book contract.  Never did I expect that standing at the cusp of my childhood dream about to come true, I would be struck with panic attacks, which caused me to wake up choking every two hours, unable to breathe or sleep. To my shock, I was diagnosed with PTSD from childhood trauma,” Bonnie shared. “It turns out that the loss and sorrow I swallowed down all those years to be strong for my family never disappeared. All the emotional trauma of being abandoned, feeling alone and working hard to survive needed healing.

“I asked my trauma therapist, ‘Why is all this anxiety and panic attacks surfacing now – when I’m financially secure, in a loving marriage, with two beautiful boys and my childhood dream coming true?’

“My PTSD therapist responded, ‘A soldier doesn’t have any panic attacks or anxiety out on the battlefield when he’s being strong, fighting to survive and taking care of others. It happens when he comes back home. When he is finally safe to experience what he could not at the time, because he needed to be strong to overcome hard things. Writing is your homecoming. It’s not the you-of-today who is suffering panic attacks, but the little girl in you who had to be strong to survive. She is finally safe to share all the stories her body and emotions has held in her memory. There’s nothing wrong with you. Your nervous system is working just as it’s supposed to. It protected you back then. Now, it’s time for healing.’”

Over the course of many years of her healing journey, Bonnie discovered writing became her place of coming home to herself, processing all the dysfunctional family dynamics, even the dangerous childhood she hid away, in order to succeed in life. She went on the publish two books, garnering starred review praise from Publisher’s Weekly —“[Gray] offers intriguing insights…this is an invitation to walk the difficult road to self-discovery and healing with a fellow traveler who understands.” 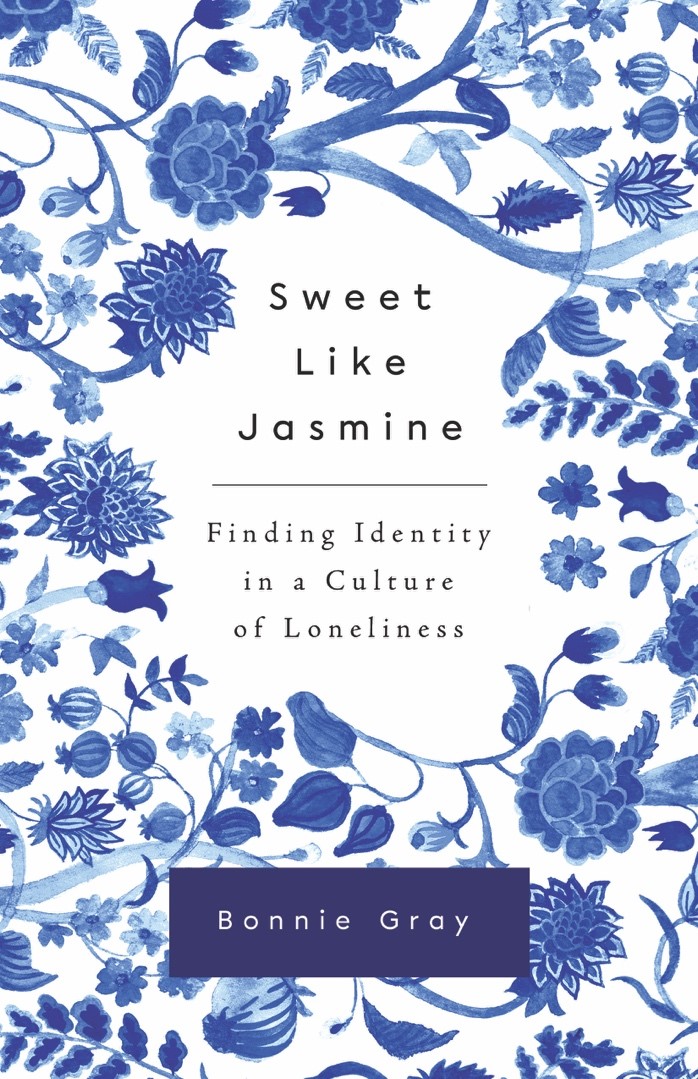 The beautiful ending to this current chapter in Bonnie’s story is that she finally became free in her heart to write about her Chinese American journey, as the daughter born to a mail-order bride and a busboy in a noodle shop. Her coming-of-age memoir will be released in her new book “Sweet Like Jasmine: Finding Identity in a Culture of Loneliness” which releases on Oct. 5, 2021.

“I know with certainty that UCLA changed the course of my life and is a part of both my professional career successes, and perhaps more importantly, enabled the healing journey of who I am as a person, as a human being. Because of the opportunities that becoming a UCLA graduate has given me, I was able to be the mom I dreamed of becoming, shaping a new story in my children’s lives, breaking the dysfunction. And to the little child in me, I was able to pursue my lifelong childhood dream of becoming an author, because of the validation I received in my UCLA English classes and the high-tech experiences and knowledge I gained as a Bruin, which equipped me to leverage it all towards writing my book and reaching readers through online media.

“I am a recipient of so much goodness, having received a scholarship from UCLA, along with a combination of loans and grants, that has brought me from Chinatown to find my place in this world as a Bruin along with many immigrants. I am truly grateful and thankful to tell my story and give honor to those who helped me along the way, of which UCLA is truly one of those gifts in my life.”

Pre-order Bonnie Lee Gray’s soul-baring memoir Sweet Like Jasmine: Finding Identity in a Culture of Loneliness (Release date: October 5, 2021).  Connect with Bonnie on Instagram at @thebonniegray and at thebonniegray.com.