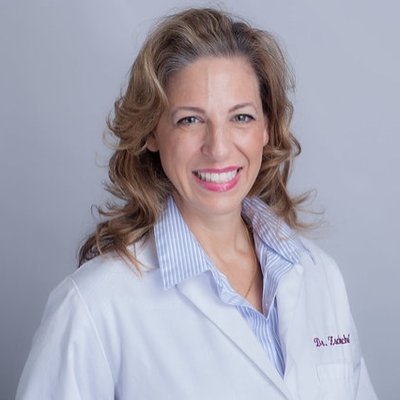 Throughout her life, Dr. Diana Zschaschel has dealt with all of life’s circumstances with equal parts drive, determination and pragmatic grace.

As a 2020-21 Board Director for the UCLA Alumni Association, she will now bring those qualities back to campus.

Zschaschel’s path to Westwood was like most other California natives. As a high school student, she only applied to UC campuses – and nearly chose Berkeley over UCLA. However, her mother, then a UCLA graduate student, eventually swayed her to pick Southern California over the Bay Area.

“I kind of begrudgingly went,” said Zschaschel. “My mom happened to teach there and she was getting a Ph.D. at the same time.”

Years later, after her mother died from cancer, Zschaschel found herself glad for her decision. Not only did the university provide a strong foundation for her life’s course, Zschaschel was able to spend every morning having breakfast with her mother.

For Zschaschel, staying at UCLA for dental school was a no-brainer. “I applied to about, I don't know, 12 dental schools and I got accepted to about half of them,” she said. “And UCLA was the last to accept me. I was sweating it but they accepted me and they were my first choice.”

Zschaschel’s desire to become a health practitioner has been a constant since elementary school. However, as a child in the early seventies, all the doctors Zschaschel met and interacted with were men.

“[My parents] always told me ‘you can do whatever you want’, they never stopped me,” Zschaschel said. “But if you never see somebody that looks like you being a doctor, unconsciously, you don't think you can [be one.]”

This changed when Zschaschel needed braces in elementary school. “We went to an orthodontist who happened to be female and happened to be Cuban, like my mother,” she said.

However, Zschaschel didn’t realize that the woman was the orthodontist and mistook her male assistant as the doctor. “I will never forget her laugh,” Zschaschel said. “She had the biggest, boldest laugh. She goes, ‘Doctor, no, he is the assistant!’ My mouth must have dropped all the way open.”

This experience, alongside her parents’ support of a career in medicine, inevitably molded Zschaschel’s path in becoming a dentist.

When she finished dental school, Zschaschel immediately went to work to repay her student loans, completing a postgraduate program at UCLA and joining the military along the way. She eventually rose to commander and colonel, adding that the military led to a lot of positive experiences which she continues to be grateful for, like helping support her new business endeavors when she set up her own practice.

With her professional and personal commitments, Zschaschel has only become re-involved in campus associations and activities in the last five years, she said. Pamela Farber ’85, a friend Zschaschel made through the Los Angeles Chamber of Commerce and the UCLA Prytanean Alumnae Association, was a key catalyst in encouraging Zschaschel’s involvement at the UCLA Alumni Association.

“I really wanted to give back to the community and help students that maybe can't work or maybe don't have the opportunities that I had.” Zschaschel said.

Giving back to the community has been a common thread throughout Zschaschel’s life and work. She began working with children with autism as a psychology undergraduate at UCLA and continued to do so post-graduation, even putting together a special dental program for the Special Olympics at UCLA.

Zschaschel is also one of the rare south campus alumni to be a part of the board, perhaps even one of the few dentists to be a director, she added.

Zschaschel’s passion for science and students in need are at the forefront of the initiatives she wants to develop on the board, particularly scholarships and advocacy-based programs, she said. Specifically, Zschaschel would like to establish programs which would give underprivileged students the ability to explore scientific disciplines, she said.

While Zschaschel’s time at UCLA was filled with academic growth and professional development, she has a few regrets. As a student who worked in order to put herself through college, she feels as if she wasn’t able to spend more time being a student. “That was a huge regret, and not doing one of the travel abroad programs…” Zschaschel said. “I was really focused on paying my bills and trying to get into dental school.”

Now, as a parent, Zschaschel said she hopes her son will be able to have the experiences she could not.

With years of knowledge and experience, along with her role on the alumni board, Zschaschel serves as an empowering example of how students and alumni can attain their true Bruin potential just as she did, both on campus and beyond.