His Time at UCLA Set the Stage for a Stellar Career 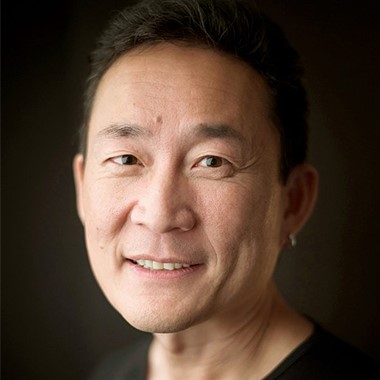 Doug Chiang, Vice President and Executive Creative Director at Lucasfilm, is featured in an interview on StarWars.com, in which he discusses his experience at UCLA as a film major and how the diversity on campus was a revelation.

Chiang was born in Taiwan but grew up in Michigan, where he recognized he was not the same as other kids. “We were one of the maybe one or two Asian families in Dearborn, just outside of Detroit. It was very unusual.

“I knew I was different. I didn’t know why. Later on we moved over to a different suburb, Westland, Michigan, and that’s where I grew up. I went to elementary school [through] high school there. I have to say, it was very challenging.”

But things changed when he headed west to college. “I remember when I first came out to UCLA to study film, we drove cross-country and I remember coming to LA. It was a complete culture shock for me. It was filled with Asian Americans and African Americans and people of all different cultures. I had never really experienced that before.

“It felt really comfortable. I remember during my orientation at UCLA there were student leaders who were Asian American. I had never seen student leaders take a leadership role, especially Asian Americans, before. It opened my eyes and [I] realized, “This is what I’ve been missing out. This is what I needed.” It was such a refresher for me, that there was a whole world of possibility that I’ve been subconsciously suppressing for so long, but now it was here and it was being embraced.”

Chiang was art director for the Daily Bruin and, beginning his career in the entertainment industry, worked on various productions, including Back to the Future Part II. In 1995, George Lucas personally selected Chiang to serve as Head of the Lucasfilm art department for seven years on “Star Wars: Episodes I and II.” He left Lucasfilm in 2002 to form his own 35-person design studio, IceBlink Studios, and worked for Steven Spielberg on “War of the Worlds.”

In 2006, Chiang partnered with the Walt Disney Company and Robert Zemeckis to form ImageMovers Digital, a new film studio built on the foundation of IceBlink Studios. As Executive Vice President, Chiang grew the company to a core staff of more than 500 employees and oversaw its daily operations until 2011. Additionally, he served as Production Designer for Robert Zemeckis on “The Polar Express,” “Beowulf,” Disney’s “A Christmas Carol,” “Mars Needs Moms,” and “The Yellow Submarine.”

Chiang returned to Lucasfilm in 2013 to work on “Star Wars: The Force Awakens” and currently serves as Lucasfilm’s Vice President and Executive Creative Director. With more than 20 years of Star Wars design expertise, he oversees designs for all new Star Wars franchise developments including films, theme parks, games, and new media. He recently served as co-Production Designer on “Rogue One: A Star Wars Story.”

Chiang and his wife, Liz, are the parents of Ryan, currently a junior at UCLA.