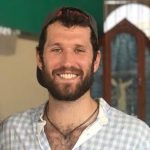 “The Peace Corps service is for anyone who wants to make a positive impact in the world, while challenging themselves and gaining a new perspective,” says Emre Titizer, MBA exp. ’21. After graduating from UC Davis, Titizer moved to San Francisco to work as a consultant. A colleague shared stories of their recent Peace Corps experience. Titizer was intrigued. “Coming from an immigrant background, family and friends were surprised when I joined. But the idea of service and giving back to the community piqued my interest, and I knew it was something I wanted to do before turning 30.” 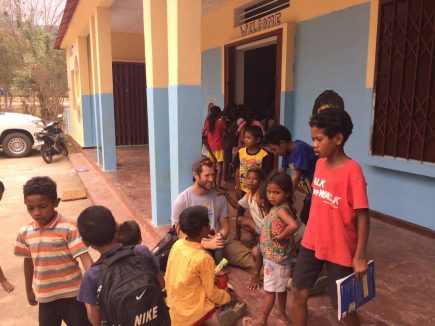 He traveled to Timor-Leste, in East Timor, a small nation north of Australia known for its hot springs and other natural attractions. Titizer adjusted to learning a new language, living in a village with a population of about 2,500 people, cooking on a wood fire and bucket bathing. Says Titizer, “Day-to-day things became physical labor and everything I did took a lot more energy than I expected.”

Titizer partnered with the mayor of the village and farmers to launch an entrepreneurship program. “The peanut farmers I worked with never had peanut butter before,” says Titizer. “It’s relatively expensive to make and available only in the capital, so opening up a bakery was an additional source of income.” 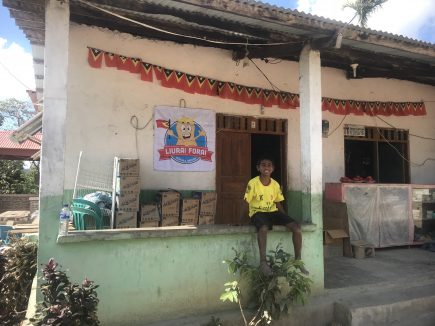 While leading trainings and teaching English to farmers and the community, Titizer absorbed a lot of the Timorese culture. His fondest memories include going on long hikes with his 9-year-old host brother, Bosco, playing soccer and bonding with other volunteers who have become close friends.

Titizer is currently an MBA candidate at the UCLA Anderson School of Management, involved in the Retail Business Association (RBA), UCLA Anderson’s Net Impact and is a graduate representative on the UCLA Counsel for Planning and Budget. He serves as a docent at the UCLA Mildred E. Mathias Botanical Gardens.