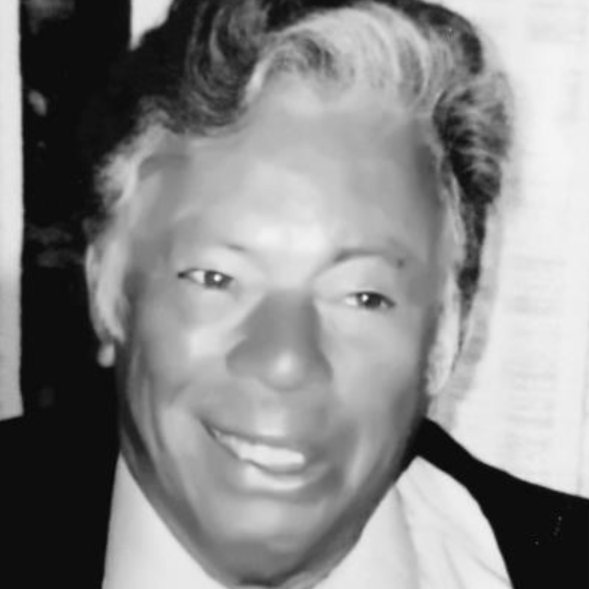 The profiles we publish as UCLA Alumni Class Notes or Bruin Stories are, almost exclusively, reserved for alumni of the University.  But there are some notable exceptions - those whose devotion to UCLA is so exceptional that we consider them “honorary” Bruins and, therefore, eligible to be celebrated in this space.

One such honoree is George Villafuerte, who passed away in September at age 94 and for whom the term “superfan” is insufficient. As chronicled in a Los Angeles Times article, when Villafuerte missed a Bruin game at the Rose Bowl in 2019, it marked the first time in 70 years that he had missed a home UCLA football game.  His streak started in the late 1940s when he sold programs at the Coliseum; he eventually became an usher, never missing a game, and then continued to attend games without fail for two decades after he retired.

According to the Times, as an usher at the Sports Arena and the Coliseum, Villafuerte worked Lakers, Clippers, Rams, Raiders, Bruins, Trojans and Dodgers contests.  But it was UCLA for which Villafuerte had the most affection.

“He also became a fixture on UCLA’s campus,” writes Ben Bolch in the Times’ story, “befriending nearly every coach and attending as many sporting events as he could even though he didn’t go to school there. Villafuerte wanted to become a Bruin but didn’t have the grades after returning from service in the Army during the Korean War…

“Villafuerte’s love for UCLA was rooted in the school’s almost universal athletic success and his friendships with Bruins coaches and players. [Longtime Men’s Volleyball coach Al] Scates attended a recent birthday party for Villafuerte at an Italian restaurant at North Hollywood and was amused when his longtime friend played the maracas with a band that was performing.” 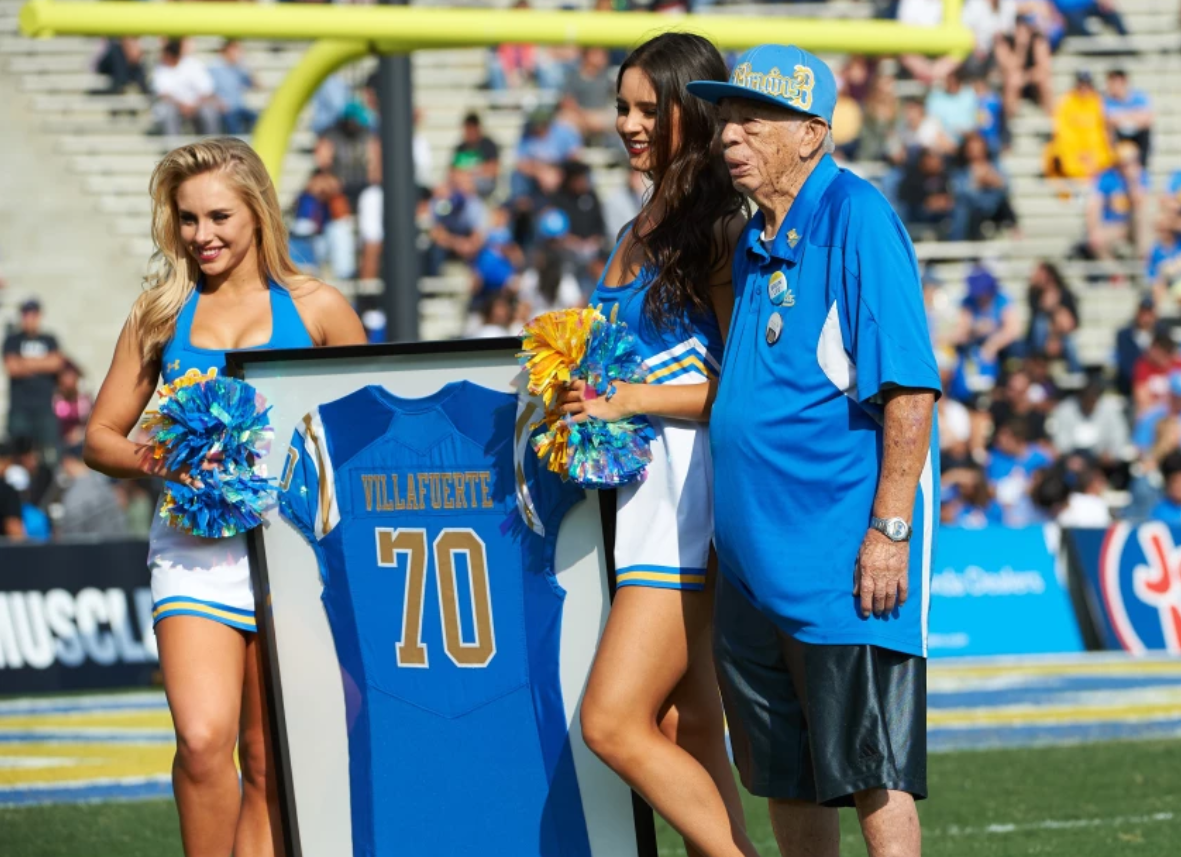 George Villafuerte, honored at the Rose Bowl for his 70 years of consecutive home football game attendence.

An example of the personal warmth that endeared Villafuerte to generations of Bruins was provided by Joel Fierberg ’82, music director of the UCLA Alumni Band, in the form of a note that Villafuerte sent him.

It was nice to see you at the UCLA game.  You are a great band leader.  I missed the playoffs because I was in the hospital.

Hope to see you again.  Hope you like the picture.

“George was a very generous man,” said Fierberg, “and he had numerous positive interactions with many of us over the years. [That] random note I received from him (out of the blue) a few years ago… pretty much sums up the kind of guy he was.”

Villafuerte had a rich life outside of UCLA as well. According to his obituary, he was a drummer and vocalist, joined the Musicians' Union and played gigs with some of the great jazz musicians of the time. During the ’60s and ’70s he worked as a coach and physical education instructor at Our Mother of Good Counsel Elementary School, and he taught tennis for LA Parks & Rec at various facilities in Griffith Park and the San Fernando Valley.