UCLA Filmmaker of the Year 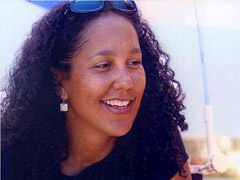 In June 2009, UCLA honored film director, producer and writer Gina Prince-Bythewood ’91 as UCLA Filmmaker of the Year during the School of Theater, Film and Television’s annual Directors Spotlight.

Directors Spotlight is part of UCLA Festival 2009: New Creative Work, a nine-day celebration of the newest work by students from the School of Theater, Film and Television.

Prince-Bythewood wrote and directed the widely acclaimed feature film Love & Basketball, which premiered at the 2000 Sundance Film Festival. She won an Independent Spirit Award for Best First Screenplay and a Humanitas Prize for her work on the film, and followed that success with the HBO film Disappearing Acts.

Prince-Bythewood obtained her first feature film producer credit in 2003 on Biker Boyz, a DreamWorks film which was co-written and directed by her husband, Reggie Rock Bythewood.

Prince-Bythewood studied at the UCLA School of Theater, Film and Television, where she received the Gene Reynolds Scholarship for Directing and the Ray Stark Memorial Scholarship for Outstanding Undergraduate. Upon graduation, she was hired as a writer on the television series A Different World and continued to write and produce for network television on series such as Felicity, South Central and Sweet Justice, before making her transition to directing.

Her television directorial debut was the CBS Schoolbreak Special What About Your Friends, which won Prince-Bythewood an NACCP Image Award for Best Children’s Special and two Emmy nominations for writing and directing. She also has directed episodes of the hit television comedies Everybody Hates Chris and Girlfriends.

Prince-Bythewood currently resides in Southern California with her husband Reggie and their sons, Cassius and Toussaint.