A Bruin Patriarch Continues to Encourage Younger Generations, in His Family and in His Community 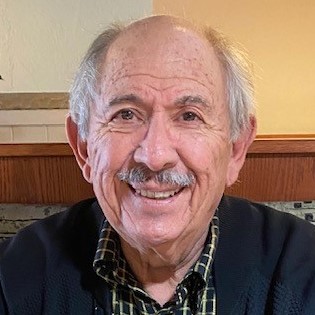 Rafael (Ralph) Hernandez, M.S.W. ’74, was not only the first person in his family to receive a university degree, he was the first to attend school past the eighth grade. One of seven children in a Mexican-American family, his father a cement worker, his mother a janitor, he was told at his high school, Loma Linda Academy, that he was not college material. Then, as so often happens, fate — and one particular person who saw something in Hernandez that others hadn’t — changed the course of his life, and subsequently, those of many others who were inspired and encouraged by Hernandez himself.

In 1965, with the Vietnam War continuing to escalate, Hernandez was drafted. He became a medic, never deployed to Vietnam, and was taken under the wing of Jim Kruger, a fellow soldier, who would later become president of the Red Cross. With Kruger’s encouragement and coaching, Hernandez was able to do well in his first college course, an economics class in Louisiana, eventually attend junior college, where he got straight As, and then earn a B.A. degree in sociology at Loma Linda University. After working as a research assistant for the California Community Colleges Chancellor's office, where he helped document, identify and provide solutions as to why Mexican Americans were not going to college, he was accepted to half a dozen graduate schools, including UCLA. He was debating between choosing Fresno State or San Diego State, but Dr. Knoll, Director of Children’s Curriculum for the Community Colleges, insisted he attend UCLA, telling him that its prestige made it a slam dunk.

A student while the basketball team was winning its seventh consecutive NCAA championship, Hernandez was working part time for Santa Monica Boys Club and his wife, Barbara, was working full time on campus in the tele-communications department, so neither was able to fully partake of the student experience, including attending sports events. But it was not the last opportunity the Hernandez family would have to participate in the many and varied aspects of student life enjoyed by Bruins. Hernandez began preparing — or “brainwashing,” as he laughingly calls it — his children for a hoped-for future in blue and gold. He remembers taking his daughter, Michele, to campus when she was three or four years old and telling her, “You’re going to go to school here someday.” She did, graduating with a B.A. in sociology in 1996. Son Andres was the next Bruin, earning his B.A. in psychology in 1998.

Michele’s children have continued on the Bruin tradition — and there are more in the pipeline. Her son Michael Landa is a fourth-year student and son Alexander is a third year who has just transferred to UCLA. Nathaniel (15) and Matthew (11), having been “properly brainwashed,” are the next prospective Bruins in a family that has already sent five students from three generations to Westwood. Andres' children also proudly cheer for UCLA, with Sabrina (11) and Nicky (nine) being groomed for a Bruin future as well. 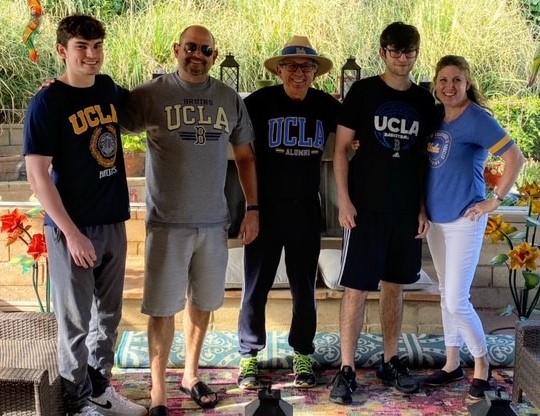 Ralph Hernandez’s influence over, and encouragement of students extends far beyond his family. His career and community service have seen him become a medical social worker and mental health clinic administrator, work in hospital administration for Arrowhead Regional Medical Center, serve as president of various health organizations and as a member of multiple boards, and participate in different political organizations, with an emphasis on the Latino Community. As he did in all of those pursuits, he still makes it a point, while going about his daily life, to ask young people, “Are you in college? If not, why not?” Grateful for the encouragement he received, which changed the trajectory of his life and that of his family for generations to come, Hernandez feels as obligation to take an interest and let young people, in particular Latinos, know that they are capable of getting a college education — and that its benefits will be profound and its impact will reverberate across generations. And if UCLA is a major part of that journey, well, so much the better.