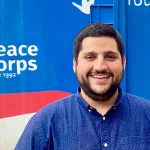 Ryan Ahari ’16 learned about the Peace Corps in a high school government class. With a belief in leaving the world a better place grounded in his faith, Ahari knew his acceptance to UCLA would lead him to his goal of joining the Peace Corps. At UCLA he became involved in efforts to create social change through civic engagement and volunteer programs, including the UCLA Volunteer Center. Says Ahari, “UCLA taught me to think globally and act locally. When I graduated, my next step was to think and act globally.”

Ahari is currently serving in Gegharkunik Province, a mountainous region in Armenia, where he works at the nonprofit Martuni Women’s Community Council on community development and increasing tourism efforts. Ahari manages the youth center and organizes programming including professional development, cultural exchanges and English-language learning. “Armenians are very welcoming, kind and generous,” says Ahari. “They are extremely family-oriented and love to share with others.” 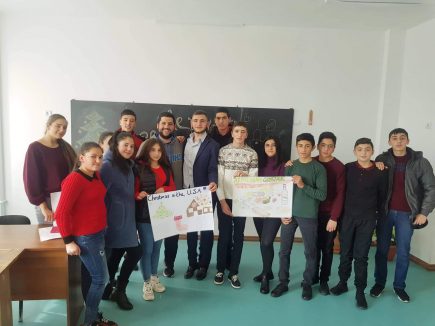 Ahari has started two after-school English clubs at a local high school, partnered with Little Free Library to bring English books and resources to his community, and is meeting with locals to create a hiking trail to increase tourism. Having lived in Glendale, California, one of America’s largest communities of people of Armenian descent, he feels connected to Armenian culture. Ahari’s family is from Iran, which shares a border with Armenia, as well as cultural similarities and history. At UCLA, his best friends were Armenian, he participated in cultural Armenian group dances and joined the Armenian Students Association.

With roughly a year-and-a-half left of his service, Ahari reminds himself that working with others requires patience to develop positive, sustainability efforts. “So far, I’ve learned that some of the most incredible moments can come when you’re feeling the most uncomfortable. I’m working on building local relationships by being vulnerable, leaning in and sharing my story,” he says. He hopes to return home soon to visit family and close friends, and to speak to high school students about his experience.