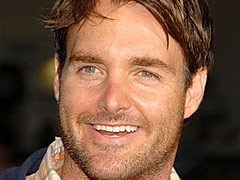 Whether playing Kermit the Frog’s puppeteer or Macauley Culkin, Will Forte ’93 has made audiences laugh as repertory player on Saturday Night Live since 2002. However, Los Angeles set the scene for his foray into comedy.

After graduating from UCLA, Forte honed his comedic skills writing for The Jenny McCarthy Show and The Late Show with David Letterman. Forte satisfied his urge to perform as a member of The Groundlings, a prestigious and grueling Los Angeles improvisational comedy troupe that has produced many successes including Lisa Kudrow, and fellow SNL cast members Phil Hartman, Maya Rudolph and Will Ferrell. The experience earned him an audition with SNL executive producer Lorne Michaels and the opportunity of a lifetime.

Over the years on Saturday Night Live, Forte has proven himself to be a formidable comedian. Promoted from featured player to a repertory member in just one year, he saw his on-air time increase radically in little time. He has been memorable in parodies of soft-spoken politician Tim Calhoun, Senator John Edwards and President George W. Bush, as well as in signature roles such as the Falconer and Cardinal Riccio.

Forte also spends time writing and producing. He penned episodes of 3rd Rock from the Sun, That ’70s Show and the critically acclaimed but short-lived Action. He was a producer for That ’70s Show, executive story editor for 3rd Rock …, consultant for the MTV Movie Awards, and he lent his voice to MTV’s animated comedy Clone High as Abraham Lincoln.