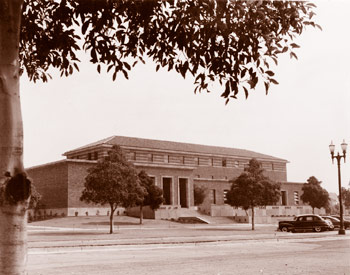 The UCLA School of Law came into being almost by accident.

Without any pressure whatsoever on the part of university officials or alumni, Assemblyman William H. Rosenthal of Los Angeles introduced a bill in the closing minutes of the 1947 session of the Legislature appropriating $1 million for a law school building at UCLA. “I just happened to like UCLA,” Rosenthal said. “I thought it needed a law school.”

Coauthored by nine Los Angeles assemblymen and one from Santa Barbara, the bill met no resistance in the closing rush of the Legislature and was signed by Gov. Earl Warren on July 18, 1947. 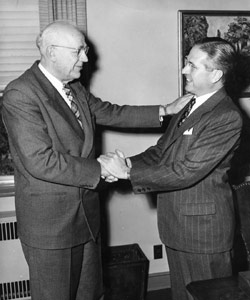 Accredited by the California Bar Association even before it opened its doors, the UCLA School of Law got off to a start in September 1949. The permanent building was completed in 1951, and the law school’s pioneer class of 44 graduated in 1952.