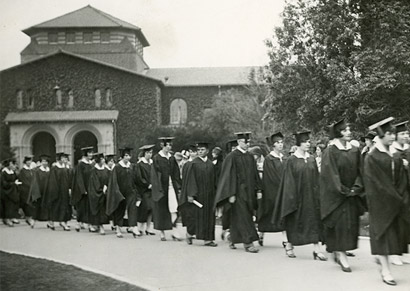 On June 1, 1923, Director Ernest Carroll Moore conferred the first degrees awarded by the Southern Branch of the University of California (as UCLA was first known).

Twenty-eight students dressed in traditional black caps and gowns received bachelor of education degrees and listened to an address by Professor John Adams of the University of London. The ceremonies were held in ivy-covered Millspaugh Hall on the Vermont Avenue campus.