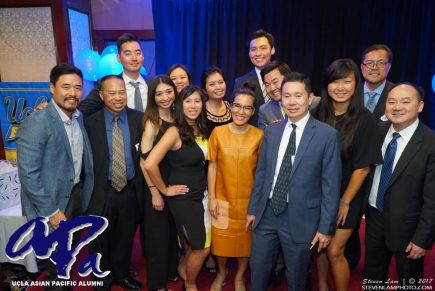 The 2021 scholarship application has opened. Click the button below to download the application form. Applications will close on Friday, April 2, 2021.

In 1999, the Asian Pacific Alumni of UCLA (APA UCLA) established the Excellence in Community Service Scholarship to support and honor current UCLA undergraduate and graduate students for their commitment in addressing significant community issues relating to the Asian Pacific Islander (“API”) community. APA UCLA realizes that the successful development of the Asian Pacific Islander community is built on the efforts of those who dedicate themselves to advancing thoughtful solutions to critical needs in the community. By acknowledging students for their efforts on behalf of the community, APA UCLA hopes to foster the spirit of service and to nurture emerging leaders of the API Community.

With the support from generous donors and committed volunteers, five scholarships are awarded to current UCLA undergraduate and graduate students each year which include the following:

If you have questions about the scholarships, would like to get involved as a volunteer to read scholarship applications or want to support the APA UCLA Excellence in Community Service Scholarships or the Sho Iino Accounting Scholarship, please contact: 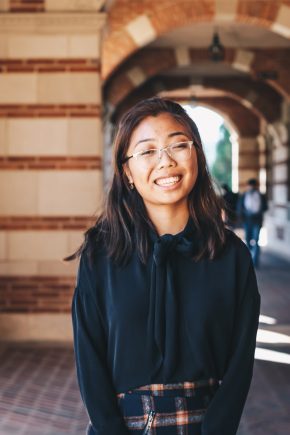 ANGELA LI
Undergraduate | UCLA College of Letters & Sciences | Class of 2021
Angela Li is a rising senior double majoring in Asian American Studies and Political Science with an interest in pursuing a career in public interest law. Angela is currently the director of the Asian Pacific Coalition and the Campus Retention Committee. At the intersection of both of her majors, Angela has done research on hate crimes legislation, human trafficking of Asian women, and is working on her Asian American Studies honor thesis, which studies the relationship between xenophobia and public health. 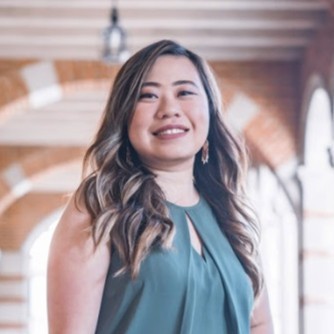 NGOC NGUYEN
Undergraduate | UCLA College of Letters & Sciences | Class of 2021
Ngoc Nguyen is a UCLA senior majoring in Asian American Studies, International Development Studies, and Sociology. This year, Ngoc worked with Southeast Asian student leaders at UCLA to create the Southeast Asian Students for OrgaNizing (SEASON) conference, the first three-day two-night conference for Southeast Asian students, that brought together around 200 students to strategize effective campus-based actions to support their community. In addition to her involvement with SEASON, Ngoc has also served as President of the UCLA Vietnamese Student Union, an intern with the Thai Community Development Center and Nikkei Progressives, and a volunteer at the Los Angeles Stanley Mosk courthouse. 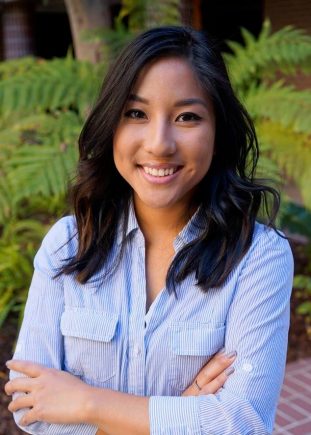 GERRLYN GACAO
Graduate | UCLA Luskin School of Public Affairs | Class of 2021
A Filipinx and Chinese American born and raised in Stockton, CA, Gerrlyn Gacao is a second-year student at UCLA Luskin’s Master of Urban and Regional Planning program. She spent the majority of her activism in San Diego for nearly a decade, where she organized for border rights, immigrants’ rights, police accountability, and racial justice with the ACLU. She was also involved in efforts with various grassroots AAPI-led organizations around housing justice and boosting voter engagement. Now living in Los Angeles, Gerrlyn has been able to intentionally commit herself to working more deeply on her larger passions: advancing tenants’ rights, de-commodifying structures in our economic and housing systems, and advancing community ownership of land. 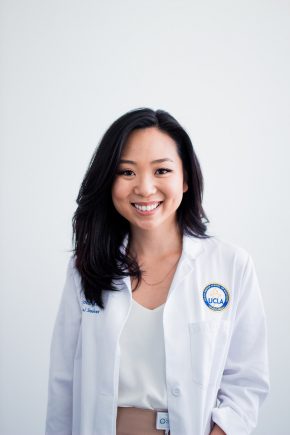 CHLOE KIM
Graduate | David Geffen School of Medicine at UCLA| Class of 2022
Chloe Hyejoon Kim is a first-generation medical student at the David Geffen School of Medicine at UCLA and a proud double Bruin who graduated with her bachelor’s degree in Psychobiology in 2016. She is passionate about addressing health disparities and wants to practice primary care in underserved communities. As a medical student, she organizes free health fairs in API communities with Asian Pacific American Medical Student Association, serves asylum seekers with Los Angeles Human Rights Initiative, and advocates for student wellbeing in Medical Student Council. 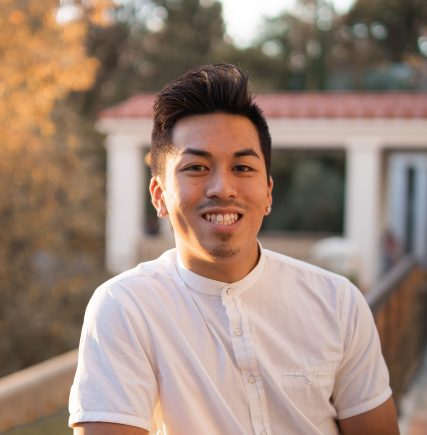 DANIEL LUU
Graduate | UCLA Luskin School of Public Affairs| Class of 2021
Daniel Luu graduated from UCLA undergraduate majoring in Asian American Studies and minoring in Urban and Regional Studies, and is currently earning his Master’s in Urban Planning at the Luskin School of Public Affairs. He will be the first in his family to attain a Master’s degree. His focus and interest revolve around working with the Southeast Asian community (Cambodian, Vietnamese, Laotian) to combat various social issues overlooked by the general public such as gentrification, deportation, and education attainment. Through Daniel’s coursework, he is now seeking to further understand how urban infrastructure and design can be reclaimed by BIPOCs through aspects of storytelling, cultural arts, and participatory planning. This type of work has led Daniel towards finding his own identity to become an empowered community activist working towards healing both his family’s and community’s trauma. 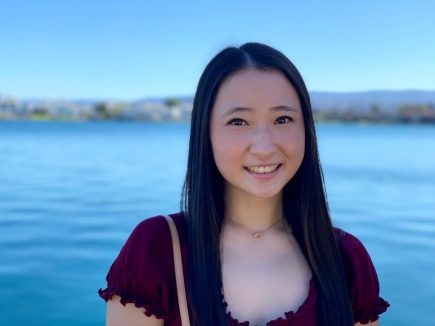 KELLY JIANG
Undergraduate | Class of 2021
Kelly Jiang discovered her passion for accounting after competing in high school FBLA (Future Business Leaders of America). She has interned at Ernst & Young in the San Francisco office and hopes to pursue an audit career in the technology/biotechnology industries. She enjoys staying active by swimming, hiking, and running. In her free time, she likes to bake desserts, volunteer at the animal shelter, and go to concerts. 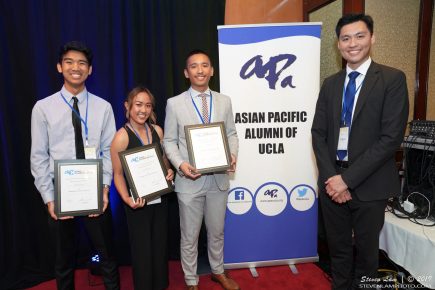 VINCE LEUS
Graduate | UCLA Luskin School of Public Affairs | Class of 2020
Vince Leus is a Filipino American graduate student in urban planning at UCLA’s Luskin School of Public Affairs. As a first-generation college student, Vince is passionate about democratizing urban planning and engaging underrepresented communities to become active participants in the equitable development of their neighborhoods.

CHRISTINE TRAN
Undergraduate | UCLA College of Letters & Sciences | Class of 2020
Christine Tran is a senior at UCLA majoring in International Development Studies and Asian American Studies. Christine is a former fellow of LA Councilwoman Nury Martinez’s Ready for Women Fellowship and CAUSE’s Leadership Academy. She was a director for API Forward Movement’s Vote at 16-SGV Campaign, and has also interned with Planned Parenthood and Asian Americans Advancing Justice – Los Angeles.

JOSEPH NGUYEN
Undergraduate | UCLA College of Letters & Sciences | Class of 2020
Joseph Nguyen is a senior at UCLA majoring in Human Biology & Society and Asian Languages/Linguistics . Joseph currently researches intergenerational trauma in Southeast Asian-Americans and heritage language acquisition in Asian American communities. At UCLA, he is involved with the Southeast Asian community and will serve as the 2019-2020 president of the Vietnamese Student Union. 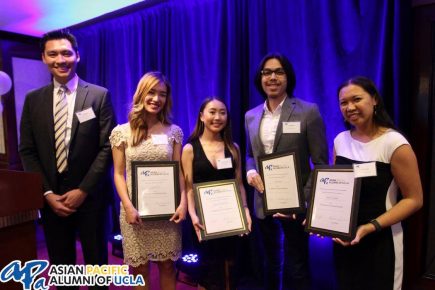 CHLOE PAN
Undergraduate | UCLA College of Letters & Sciences| Class of 2018
Chloe Pan is a double major in International Development Studies and Asian American Studies. She serves as External Vice President of the UCLA Undergraduate Students Association Council and Resident Assistant for the UCLA Public Service Living Community. After she completes her research on the experiences of migrant workers in the food service industry, she will be joining the American Civil Liberties Union (ACLU) as a civil rights fellow. 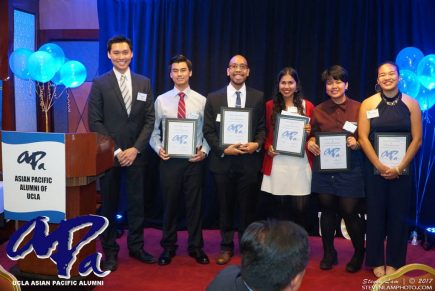 NATALIE BAGAPORO
Undergraduate | UCLA College of Letters & Sciences | Class of 2018
Natalie Ricasa Bagaporo is a 2nd generation Pinay pursuing degrees in Human Biology,
Society, and Genetics and Asian American Studies. Natalie serves as the President of
Samahang Pilipino where she works to fuse her passions for the Filipino community,
community organizing, and public health.

VALERIE VARGAS
Undergraduate | UCLA College of Letters & Sciences | Class of 2019
Valerie Vargas is a queer, 1.5 generation Pinay who’s currently a second year
undergraduate working towards a degree in Asian American Studies with a Pilipino
concentration at UCLA. Valerie is currently a student-leader in Samahang Pilipino and
Asian Pacific Coalition. They are also a full-time dog enthusiast on the side.

JAMES OWN SETIADI
Undergraduate | UCLA College of Letters & Sciences | Class of 2017
James Owen Setiadi discovered his interest in accounting after competing in high
school DECA (Distributive Education Clubs of America) competitions. In 2015, he
became the California DECA State Champion in accounting. In his free time, James
enjoys swimming, reading, cartooning and volunteering at the Aquarium of the
Pacific in Long Beach, CA.