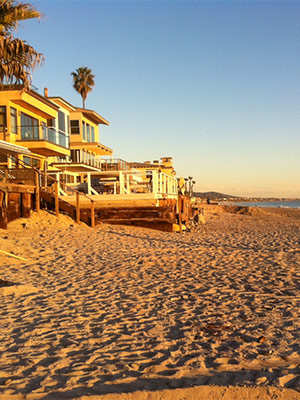 March 6, 2018: Behind the Scenes at AutoGravity

August 26, 2013: End of the Month Dinner at Caspian Restaurant, Irvine

June 25, 2012: Monday night happy hour at OC Sports Grill, hosted by Greg Gabriel. Thank you to Ron Williamson of OC Sports Grill who was very hospitable to our group.

July 13, 2011: Annual Summer Chapter Social - Bruins gathered at McCormick & Scmick's for the annual summer event. Thanks to Joseph Moore for hosting the event.

May 2, 2011: UCLA Golf Classic, our biggest fund raiser which we co-host with UCLA Athletics and the Orange County Chancellor's Associates. This year's event was a big success thanks to the work of many dedicated volunteers and the attendance of former UCLA student athletes and coaches, including Troy Aikman, Tyus Edney, Tracy Murray, Rick Neuheisel, Al Scates, Sue Enquist, and many other.
Morning Activities
Mid-Day Activities
Evening Activities

December 8, 2010: Holiday Networking Social - Bruins get together for an evening of food, fun, and camaraderie at the Yard Housee in Irvine, hosted by Nate Fikse. We were pleased to see so many new faces there.