It was right before the close of World War II that a few of the more enterprising - and certainly more romantic - UCLA fraternities began the quaint custom of serenading sorority sisters. It wasn't long before there was a difference of opinion as to whose group was the best.

The gauntlet was thrown, and the challenge was accepted. In 1945, ASUCLA director William Ackerman arranged for the first Spring Sing competition to be held in Royce Hall with 11 groups competing.

The singing competition grew quickly. In the years to follow, the event outgrew Royce Hall and was moved to the open-air theater on campus. When the theater was demolished to make room for construction of the UCLA Medical Center, the competition was moved to the Hollywood Bowl, where each year the challenge was renewed and witnessed by some 15,000 Bruins and friends. Celebrities - including Ronald Reagan in 1952 - served as masters of ceremonies and judges. Contest winners were recorded and the albums were distributed with yearbooks and later sold separately in the student store.

When Pauley Pavilion opened in 1966, Spring Sing returned to UCLA for two years; however, after the 1967 show Spring Sing fell dormant for a decade, until student and alumni interest revived the event in 1978.

In 1986, the Student Alumni Association became the organizers of the event in an effort to return the show to its previous glory and have it represent the diversity of today's students. By 1989, Spring Sing moved back outdoors to Los Angeles Tennis Center and it continues to grow to be a bigger and better show for Bruins, young and old.

Aizehi and the Funkth Dimension “Lost Myself in the Song”

Flight of the WalkingJay: Art in Motion

We the Folk “Won’t You Come Back”

The Street Hearts “The Beggar”

The Street Hearts “The Beggar”

Bruin Harmony “Hold it Against Me”

Courtney Randall “The One”

Courtney Randall “The One”

DJ Harper “I Call It Love”

DJ Harper “I Call It Love”

Bruin Harmony “I Want You Back”

Gleeché “The Fame of the High school Glee Club”

Rick Server from DG and PiKapp

The Scattertones "If You're Out There"

Christopher Geno "Does it Matter?"

The Scattertones "Always Be My Baby"

Trish Johnson "Without You"

Mikey G and Dan from Danville "Cast Away"

Mikey G and Dan from Danville "Cast Away"

Kevin Carey and the Quest Band "Good to Be with You"

Personal Note "Someone Else"

Random Voices "Baby Got Back"

Fifty 7 Views "Someone Has To Be"

Mortar Board Award for Best Solo

Fifty 7 Views "Someone Has To Be"

Sara and Will "Bring on the Rain"

Awaken A Cappella "Under Pressure"

Tesz Millan "Catch Me If You Can"

Adam Wolfson from Max the Cat

The B-Team “Even the Rain”

Mark Armstrong – “Airplanes in the Rain”

Mark Armstrong – “If I Said I Had it All”

Sapphire – “You Were Meant for Me”

Sonya – “All I’ve Ever Wanted”

2South – “With or Without You”

Ja’a – “I Heard it Through the Grapevine”

Kappa Delta & Kappa Sigma – “How Lovely To Be A Bruin”

Jana Tallerico from Alpha Phi & Theta Chi – “Back to School”

Awaken a cappella – “Leave It”

Melanie Shelby – “I am Telling You”

Neither Trumpets Nor Drums – “To Sit Back and Smile at You”

Natalie Arazi – “Gets Me Every Time”

Grace On Campus Choir – “You Put This Love in My Heart”

Wildflower – “Sparkle in Your Eye”

The Shinga Ringa Dinga Linga Lings – “All That Class”

The Shinga Ringa Dinga Linga Lings – “All That Class”

God Save the Queen – “Bohemian Rhapsody”

Sigma Alpha Mu – “I Wish I Was Single Again”

The Award for Best Novelty 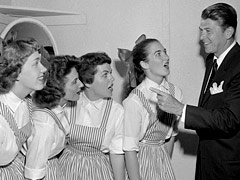 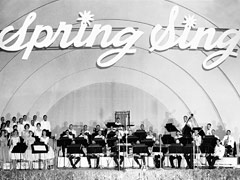 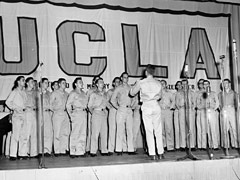