Since 1936, thousands of UCLA students, loyal alumni, dedicated donors and enthusiastic volunteers have come together to create a program the personal impact of which exceeds its substantial monetary value.

1945 The number of high schools represented by UCLA scholarship recipients jumps from 2 to 29.

1976 The Alumni Scholars Club is founded.

1981 The first Community College Transfer Scholarships, $1,000 each, are awarded to six students.

1995 Arts Scholarships are established to help the Schools of Arts and Architecture and Theater, Film and Television recruit students.

2001 Freshmen Scholarships grow from one- to four-year awards; transfer scholarships are increased from one to two years.

2014 Introduction of National Finals Competition – formerly known as State Finals, top-scoring prospective Bruins from across the United States compete at UCLA to potentially increase their base scholarship award. 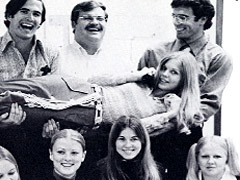 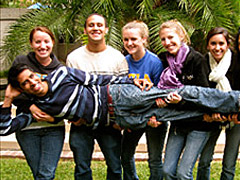