Skip to content
History: UCLA On the World Stage

History: UCLA On the World Stage 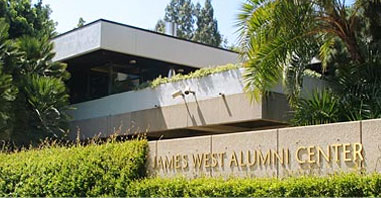 On its 50th anniversary in September 1984, the Alumni Association unveiled a gift to the campus – the ultimate Bruin, two tons of bronze bear whose superbly sculpted strength and power characterize the campus’ rapid climb to the top tier of American universities.

UCLA dramatically achieved goals set forth by Chancellor Young at his inauguration when the Conference Board of Associated Research Councils published new rankings in 1983. After more than 150 American research universities were evaluated, UCLA ranked second in the nation among public universities, and was among the most highly rated overall. Rankings recognized the eminence of faculty, graduate programs, quality of students, research activity and library holdings.

For the Alumni Association, too, the decade was a time of new and remarkable achievements. The Association’s activities centered on deepening and refining its many programs, and it played a major role in forming a fully integrated institutional advancement program. UCLA Public Affairs (now External Affairs) was organized in 1979 and incorporated four divisions: Alumni Relations, Development, Public Communications, and Finance and Administration. By 1990, Government and Community Relations was added.

In 1976, the Association moved from Kerckhoff Hall to its handsome new home in the James E. West Alumni Center.* The fundraising campaign for this building was a resounding success due to the generosity of James West ’42 and many other donors. The main floor galleria and conference rooms became the site of a large number of Association activities and were made available for use by other campus groups. The Association and other Public Affairs offices occupied the second floor.

Government relations was strengthened. With the economic stagnation and shrinking supply of government funds during most of this decade, the University realized the critical importance of alumni activism in maintaining public funding and support for its needs. The new Government Relations efforts promoted constructive relations between the University and government officials.* It built a strong network of alumni who were concerned about public support and willing to voice their concerns to state and federal legislators. In 1982, the Association further acknowledged this vital activity by adding Public Service to the annual UCLA Awards Ceremony presentations.

On the occasion of its 50th anniversary celebration in September 1984, the Alumni Association unveiled a gift to the campus – the ultimate Bruin, two tons of bronze bear whose superbly sculpted strength and power characterize the campus’ rapid climb to the top tier of American universities. Given a permanent home on Bruin Plaza, the cherished statue measures 10 feet, seven inches from nose to heel and six feet, two inches from claws to shoulders. The Bruin is believed to be the largest bear statue in the United States. Artist Billy Fitzgerald of Albuquerque, N.M., noted at the time that sculpting the larger-than-life mascot had been his most challenging creative endeavor. Since its unveiling, the Bruin has become one of the most popular meeting places and photo locations for students, alumni and visitors.

A new fight song, Mighty Bruins, was the second anniversary gift. The Association sponsored a contest soliciting lyrics for the song. Academy Award-winning composer Bill Conti chose the winning entry and wrote the music, and the song became a victory song, always played after UCLA scores in a football game. “After 20 years of playing a fight song borrowed from UC Berkeley, it’s time for UCLA to add a song of its own,” declared Judy Postley ’45, chair of the Association’s 50th anniversary committee.

Student relations had always been a priority, and in the late 1970s the Association increased its commitment. The Association helped to spearhead the return of student traditions that had been dormant for almost a decade, including the Homecoming Parade and Spring Sing. In the fall of 1984, the Association established the Student Alumni Association (SAA) to provide a stronger link between students of the present and those of the past. SAA assumed leadership of the Association’s many student programs such as Dinners for 12 Strangers and Homecoming Week. SAA quickly added career workshops and alumni networking efforts and, as the decade progressed, sponsored Spring Sing and revived the senior class gift.

James E. West Alumni Center*
The building also served the world as the gateway to the Olympic Village at UCLA in the summer of 1984.

promoted constructive relations between the University and government officials*
Annual program activities culminate each March with a trip to Sacramento, Calif., where alumni from all 10 UC campuses get  together with their elected officials at meetings and receptions. In recent years, a similar trip has recruited alumni to visit federal legislators in Washington, D.C.